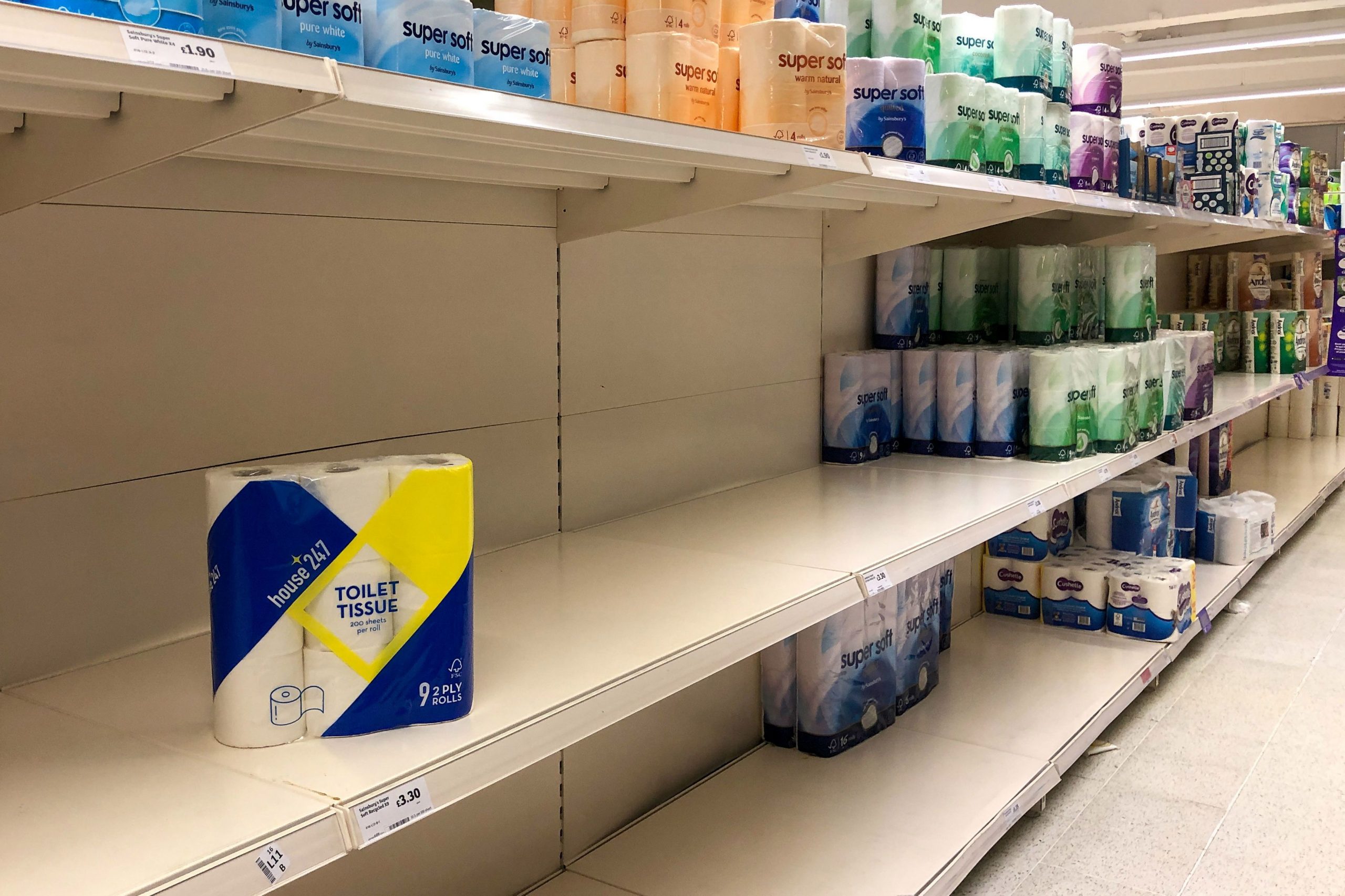 I am fascinated by people and the way they think—individually and collectively. So I’m not just a junior league anthropologist, I’m also a wannabe psychoanalyst.

The Corona virus has taught me a lot about the human psyche, and it has helped me confirm a very important theory based on Freudian psychology and the differences between Italian and Anglo cultures.

You’re supposed to, because—although you might be a psychopathic introvert—there’s always the possibility that someone will want to talk to you about it.  If you grew up with Anglo toilets and then some cruel god teleported you to Italy, you’d think you were in Hell. It somehow disappears in the bowl.  You’re done.  You never see it again.  It’s a horrible trauma for an Anglo and it takes years of therapy to get over. I’ve been in Italy now for 25 years and, at times, I relapse! Does that convince you that Anglos are anal?”  Someone at the table where we were drinking applauded.

Now the Coronavirus has proved that my hypothesis is actually an incontrovertible fact.  Think about entire countries panic buying as they fail to cope with the drama of uncertainty in the era of the coronavirus.  We’ve seen it.  The fear of self-isolation and an unpredictable future.  It created some bizarre monsters!  My Australian friends bombarded me with tragic-comic videos and tweets about the Toilet Paper Struggles.  Shelves were cleared. Producers worked overtime to satisfy needs.  The elderly and infirm could not defend their rights and went without…  If you have doubts about the depths of the drama, watch the youtube video on the side…

And then the news arrived from a cousin in Germany.  “All the toilet paper’s gone. It’s as if they’ll be going to the bathroom more in the next month than in all of their entire lives!” We were in stitches, although it might be in poor taste to laugh at the mentally infirm who, while drowning in the emotional deluge of uncertainty, grasp the raft of multiple TP twelve-packs.  And yesterday?  After line-ups to purchase guns (because dude, you can shoot that coronavirus dead, if you quick enuf), it turns out that the United States has finally indulged in the same panic purchase: toilet paper.  Anglos need toilet paper. Why?  I told you: Because they’re anal.

But what did I read in yesterday’s news?  What was missing from Italian supermarkets?  What were Italian women scrabbling to buy and crying for in the aisles?  Flour and yeast. The article in the Italian newspaper is seen on the right.  You can also follow the link https://www.secoloditalia.it/2020/03/farina-e-lievito-introvabili-nei-supermercati-gli-italiani-in-tempo-di-lockdown-fanno-i-panettieri/ If you don’t believe your eyes, put it into Google translator!  The concluding line cracks me up (so to speak! Sorry for the Anglo humor…).  It reads like a parting shot at Anglo’s TP paranoia: “Not since WWII has wheat flour been this important, this sought out. Analysts estimate that flour sales have gone up 186%. A lot more that toilet paper…”  Ouch!, what a jab!  Meanwhile, the same question that I applied to toilet paper applies here: how much flour and yeast do you really need?  Oral, kids, very oral! 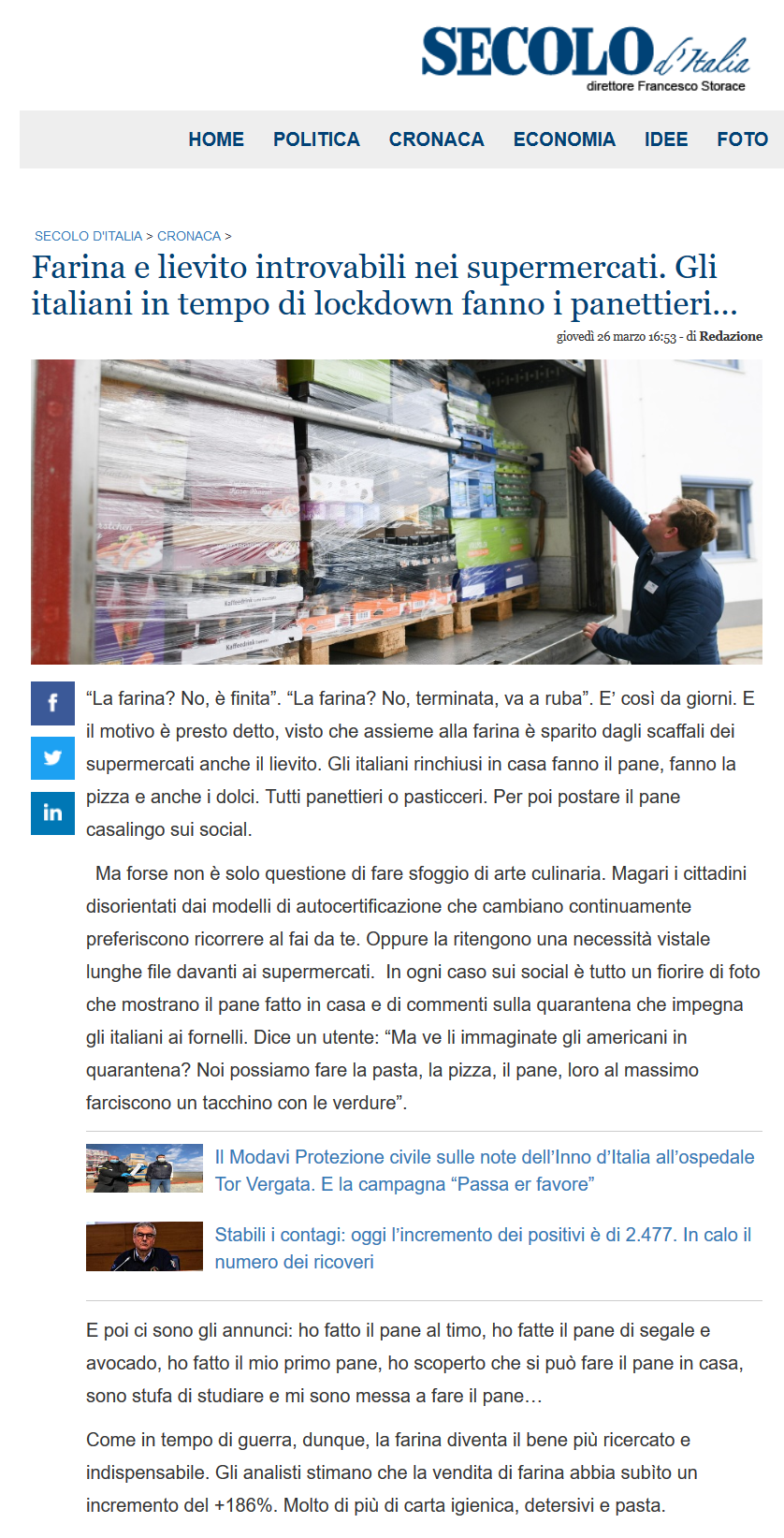 And that ends our World Psychology Lesson for this evening.  Thank you for reading!