Bernini and Borromini: An Artistic Showdown in Rome’s Downtown

Rome’s downtown is where the dueling geniuses Bernini and Borromini sparred. But the fight between them was unfair. After all, saturnine and asocial Borromini was no match for gregarious and charismatic Bernini. Luckily for us, however, they both left innumerable works of art and architecture in Rome’s downtown as they tried to outdo one another.

Our visit starts in the enchanting Piazza Santa Maria Sopra Minerva just behind the Pantheon. There we’ll talk briefly about Baroque art in general. Then we’ll discuss the life of its most prolific proponent, Gian Lorenzo Bernini. After that, we’ll then turn our attention to the mischievous marble elephant in the Piazza. Bernini sculpted it as a base for an ancient obelisk (seen here in the picture).  It was also a stab at the Dominican brothers whose monastery stood nearby. Of course, we’ll talk about that too! Then we’ll stroll through Rome’s downtown in search of other Baroque masterpieces by Bernini and his rival, Francesco Borromini. 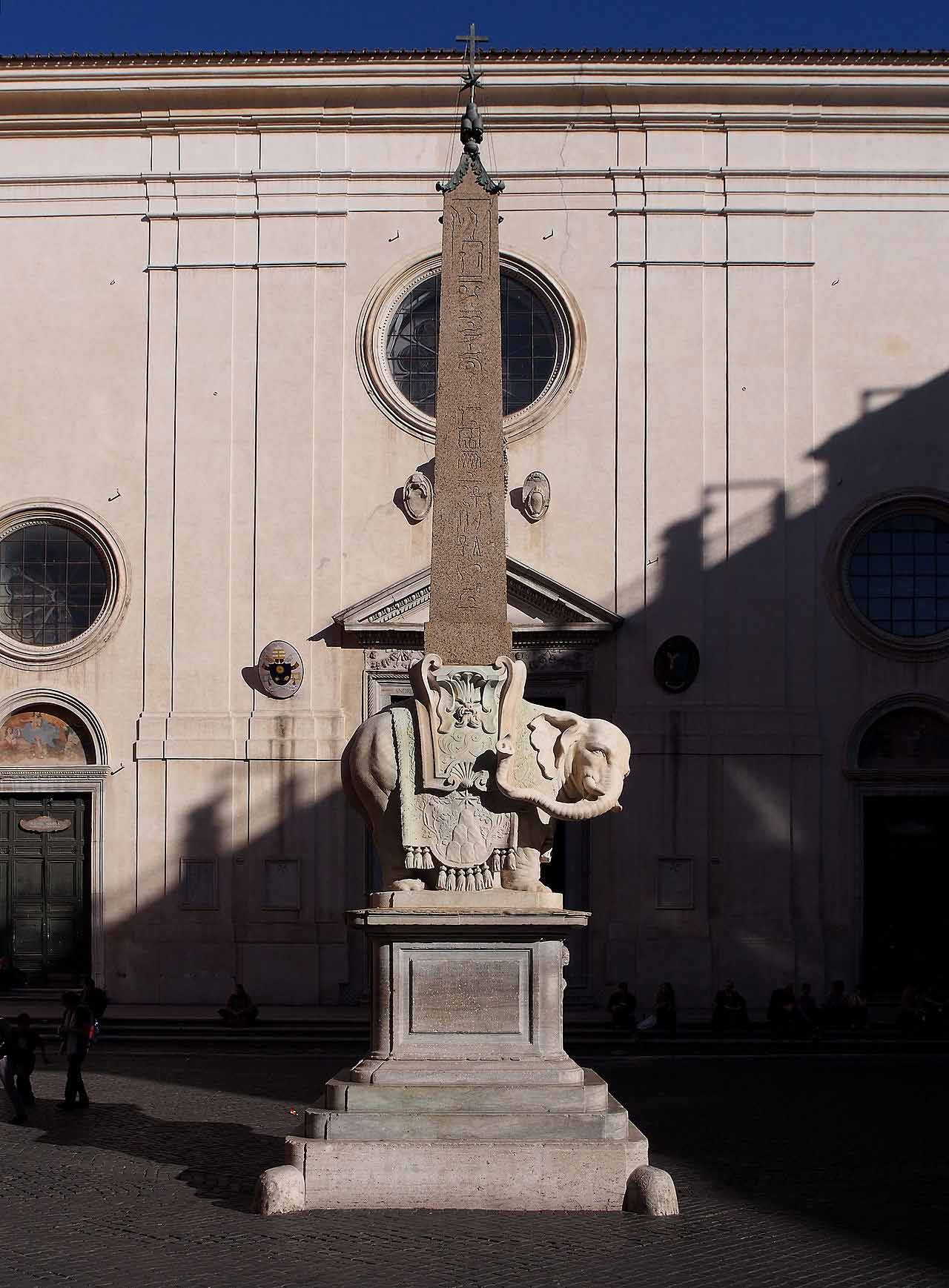 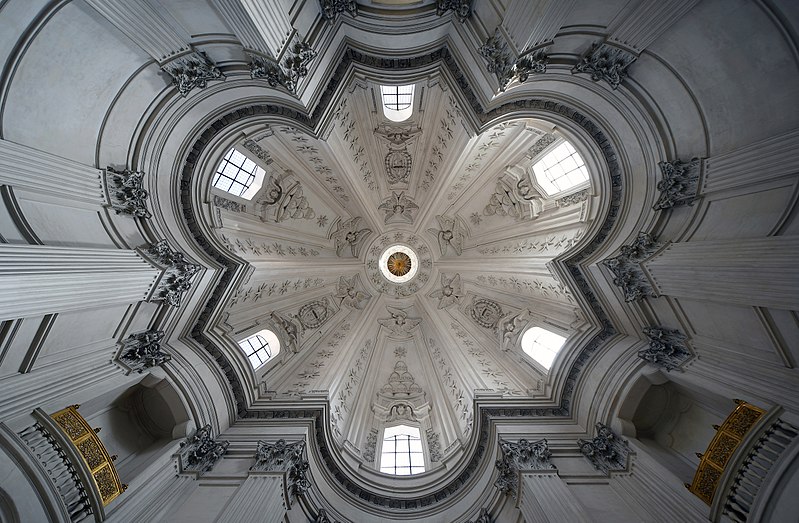 Hard-working Milanese Architect Francesco Borromini was such an interesting character. His last name was originally Castelli. But he changed it to Borromini to distinguish himself from numerous stonemasons with the same last name. “Borromini” may also pay homage to the patron saint of Milan, Charles Borromeo. If this is the case, Borromini’s choice of last name reflects his profound Catholic sentiments. Even his trip from Milan to Rome was an act of devotion. He walked the entire way, treating the journey as a pilgrimage! After discussing his intense personality, we will examine his extravagant Church of Sant’Ivo. It stands in the courtyard of Rome’s old university, La Sapienza. And the break-taking underside of its spire is seen in the picture.

At this point, picturesque Piazza Navona is next door! It houses three graceful fountains. And Bernini created the central one, i Quattro Fiumi (The Four Rivers), for his employer Pope Innocent X. Rumor has it that the pope was eager to inaugurate the fountain. So, he visited Bernini insistently as Bernini was wrapping up the project. Unable to wait any longer, the pope asked Bernini if he could see the fountain with the water running. Bernini replied that the fountain was weeks away from completion. You know how artists are with deadlines… Disappointed, Innocent X turned to leave. That’s when Bernini gave his workmen a secret signal. They turned on the water, and the sound stopped Innocent X in his tracks! 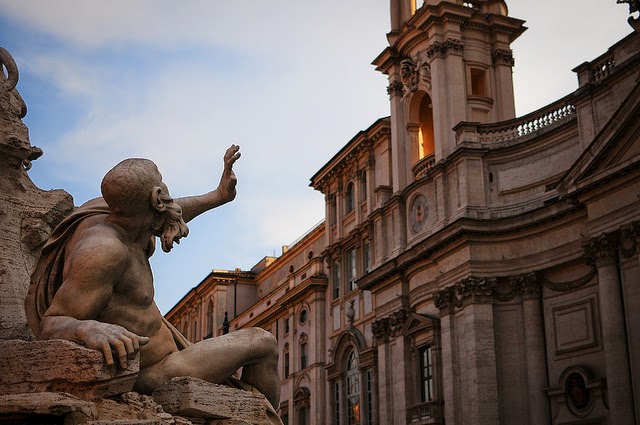 The photo shows a detail of the Ganges River. Guides will tell you that he lifts his hand to avoid looking at the Church of Saint Agnese. Why? Well, Borromini had created the facade! It’s a great story, but it’s inexact. Borromini received his commission to redo the church’s facade after Bernini finished the fountain! But the story does testify to the tangible rivalry that Bernini and Borromini felt as they worked at close quarters in Rome’s downtown.

Bernini vs. Borromini: The Baldacchin in Saint Peter’s Basilica 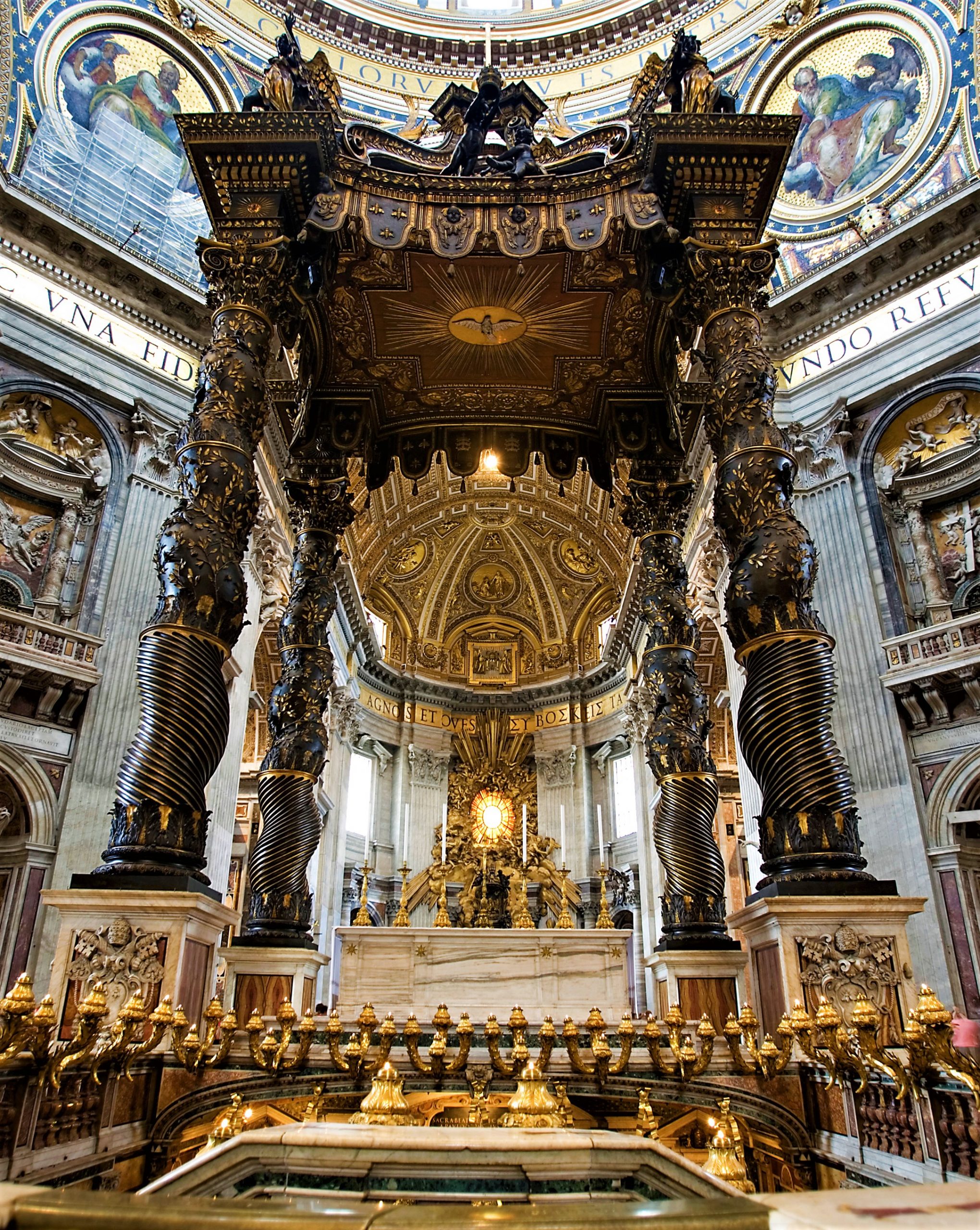 As we continue our stroll, we’ll discuss the lives and achievements of our two polar-opposite architects. Soon we’ll cross the Tiber River on the Ponte Sant’Angelo. Of course we’ll stop to talk about it! After all, Bernini redecorated this ancient Roman bridge with gorgeous theatrical angels to celebrate the brief pontificate of Pope Clement IX. Then, in Piazza San Pietro, we will focus on the monumental colonnade that Bernini designed at Pope Alexander VII’s request. Classical inspiration meets Catholic aspirations. The colonnade that embraces the faithful as they enter the Piazza is a hymn to Greek and Roman temple architecture.

Inside Saint Peter’s Basilica, we’ll admire the Canopy (aka Baldacchin) over the High Altar. Young Bernini had just become Chief Architect of Saint Peter’s, when Pope Urban VIII assigned him this project. While a brilliant sculptor (and businessman), Bernini was less familiar with architecture. So he farmed the job out to Borromini. Using Borromini’s design (and paying him a fraction of what he deserved), Bernini cheated the timid architect out of his share of recognition. And even today, most people credit Bernini with the creation of the Baldacchin!  This low blow would only intensify their rivalry.

Bernini and Borromini in Rome’s Downtown and Elsewhere

If you’re passionate about seeing more Bernini and Borromini, consider the tour Bernini and Borromini on the Quirinal Hill. Although we focus on a wider range of topics (like the Quirinal during the Empire, late Renaissance town planning, and the importance of infrastructure), Bernini’s magnificent Church of Sant’Andrea is a marvelous foil for Borromini’s austere and dramatic Church of San Carlo.