Beginning Our Day Trip to the Castelli Romani

We can start our day-trip to the Castelli Romani with one of the many exceptional archeological sites on the Via Appia.  After all, we’ll skirt the Baths of Caracalla, the small Museum of the Aurelian Walls (click here for more information in Italian–sorry!), Cecilia Metella’s tomb, the Park of the Aqueducts (seen in the picture), and the Villa of the Quintili.  Of course, we can stop wherever you’d like! 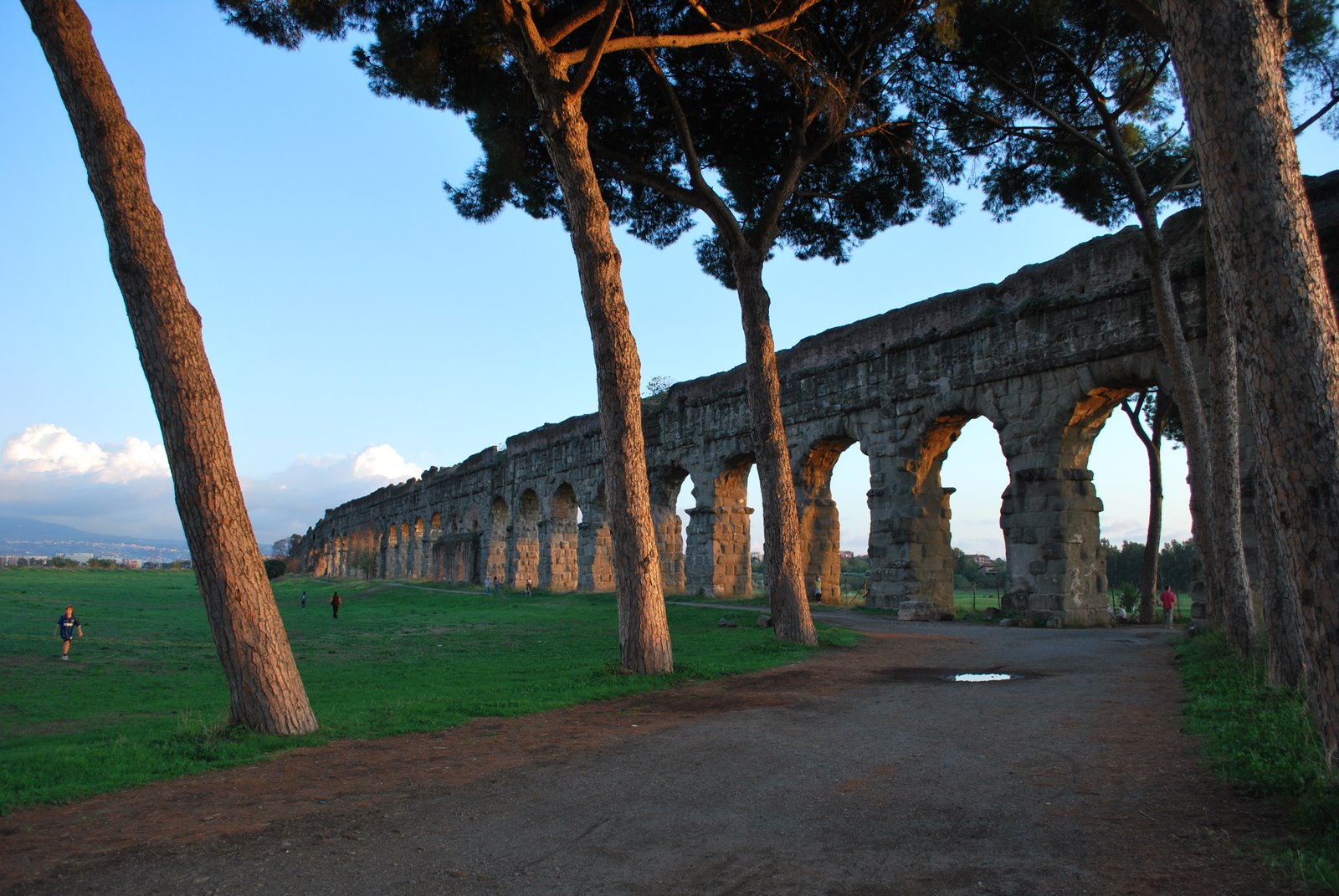 The Castelli Romani: So Much to See!

The closest hill town is Castel Gandolfo, which is about an hour away from Rome.  Today it is renown for the Papal Palace where the pope traditionally retires in the summer.  Perhaps it has to do with the stunning view of Lake Albano?

But ancient Romans loved this area long before the papacy did.  Its hills were high above the city of Rome and its lakes, the Albano and Nemi, mitigated sizzling summers.  In fact, Emperor Domitian took advantage of the area’s proximity to Rome, its unspoiled nature, and its cool temperatures and built a palace here.  It was called the Albanum, i.e. “near the small village of Alba Longa” in Latin.

A little less than two centuries later, the Emperor Septimius Severus stationed the Second Parthian Legion at Albanum.  As a result, palace underwent radical transformation.  For example, both a huge water storage tank and burial grounds were added.  Today, with a little luck and the necessary permission, we can visit them both.  Finally, as the empire collapsed, Albanum became a castello (fortified city) known as Albano. 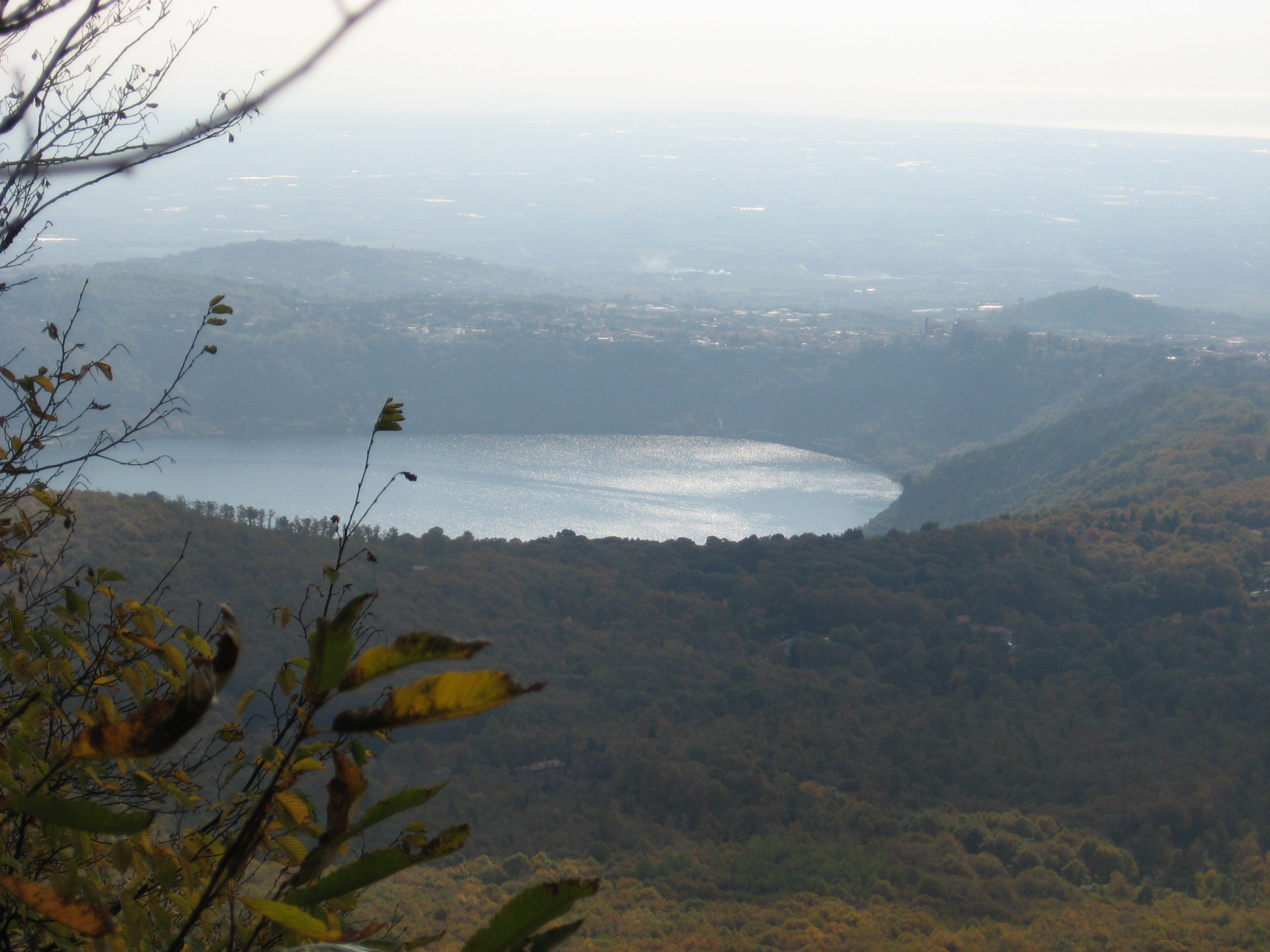 The Museum of Ancient Boats at the Lake of Nemi

Meanwhile, the towns of Nemi and Genzano overlook the nearby Lake of Nemi.  It intrigued archeologists for decades, as locals told stories about giant, elaborately decorated, phantasm ships.  Occasionally, fishermen dragged pieces of semi-precious metal or marble to the surface, corroborating the legends that circulated.  In the end, after lengthy investigation, archeologists identified two ships dating to Emperor Caligula’s reign (circa 40 A.D.).

To resurrect the ships from their watery grave, the lake was partially drained in the early 1900s.  The two nearly intact boats were salvaged!  And, in keeping with the legends that described them, they were indeed sumptuously decorated with marble, gems, and precious metal.  They were also fit out with incredible plumbing and luxurious baths, making them the celebrity yachts of almost 2000 years ago.  They were subsequently displayed in a museum, which was built near the lake for the occasion.

Tragically, the museum (together with its contents) caught fire at the end of World War II.  Some say that retreating German troops burned the museum as a form of retaliation.  Others claim that locals set fire to it to cash in on the ruined metal, which could be sold at high prices at the end of the war.  Whatever the case, some of the ancient material was salvaged.  (Again!)  And, Nemi’s museum has reopened to the public.

An Archeo-Hike in the Castelli Romani Area 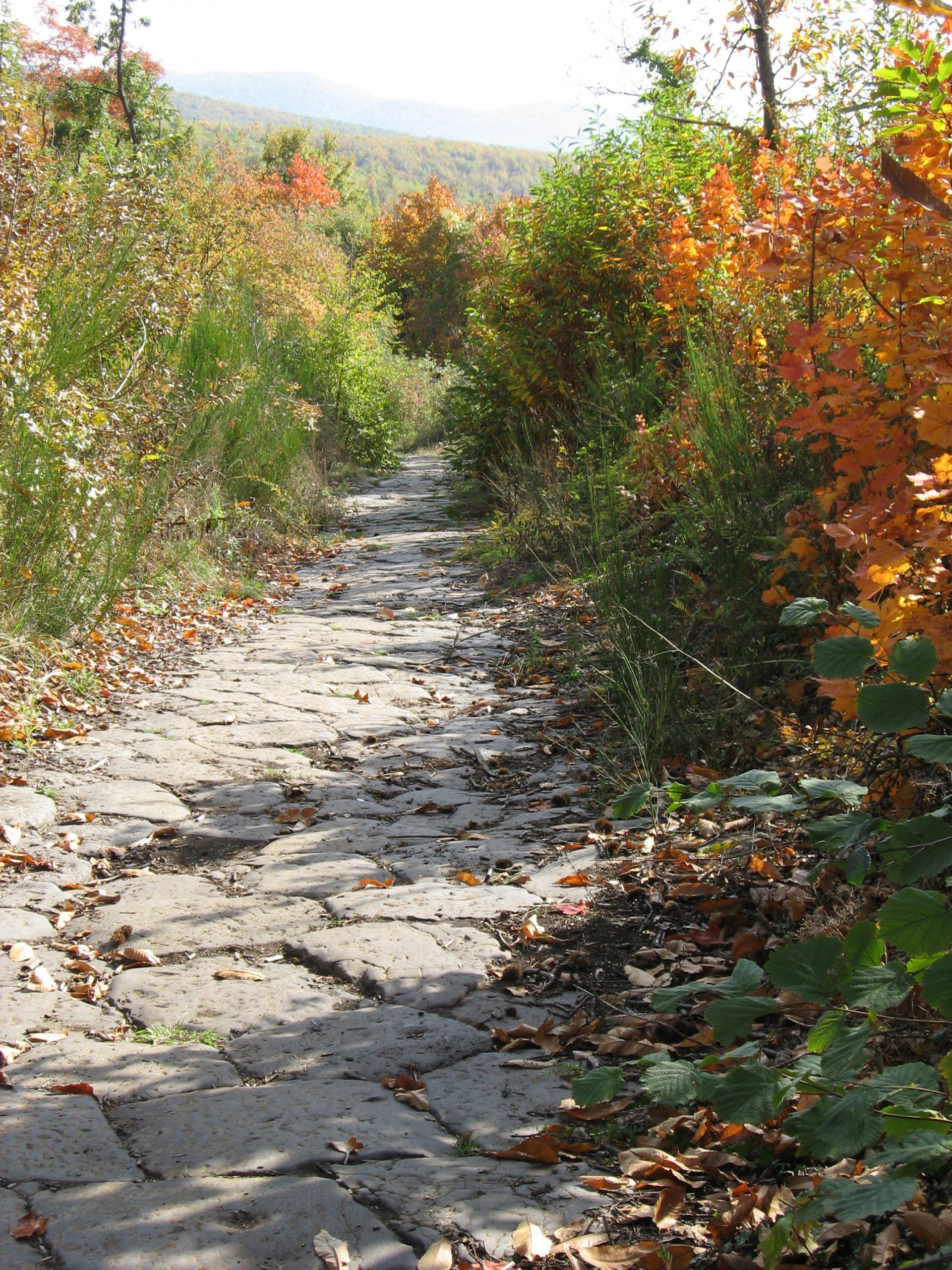 Visitors who enjoy hiking should consider a stroll up the intact ancient Roman road, the Via Triumphalis.  It leads to the top of an extinct volcano now called Monte Cavo.  Generally speaking, the walk lasts about an hour.  Yet there are also easy-to-reach access points, which shorten the walk to about 15/20 minutes. At the top of the hill awaits a stunning view of both the Castelli Romani’s lakes (i.e. Nemi and Albano).  On clear days, the Mediterranean Sea sparkles in the distance.

A Day Trip of the Castelli Romani for the Culinarily Curious

Meanwhile, the culinarily curious should think about adding a food and/or wine experience to their day-trip of the Castelli Romani.  For example, Nemi and the surrounding area are famous for fragoline, small wild strawberries (which are now cultivated in hothouses).  But if you like grapes more than strawberries, several vintners offer wine-tastings.  (Nothing like sipping a glass of Malvasia under a wisteria bower in an ex-convent from the 1600s!)  The town Frascati is famous for its panini di porchetta (a type of ham sandwich).  It too begs for a local glass of white wine and should sate the most carnivorous member of any group!  Finally, several chefs have left the hustle and bustle of Rome, moved to the calmer Castelli area, and opened their own restaurants.  There they concentrate on quality cooking with local or regional ingredients and recipes.  So, why wait?  Discover the hedonistic joys of the Castelli!

Practical Information Regarding a Day Trip to the Castelli Romani

A day-trip to the Castelli Romani usually lasts a full-day (i.e. about eight hours).

Special permissions are required to access the monumental water tank and catacombs in Albano. Please see “the costs” section of my webpage for more information regarding reservation fees for special entrances.

Different vintners in the Castelli Romani area have different fees for wine-tastings. Generally speaking, a short visit, several glasses of wine and local specialties (such as bruschetta or other finger food) is euro 25 a person. For more information, please inquire!