In the year 1000, in what is now the lower level of San Clemente, Maria Macellaria and her consort commissioned three frescoes dedicated to the life of Saint Clement and one scene in honor of the popular Saint Alexis.  The anonymous artist(s) caught the Christian community’s attention by using humorous cartoon-style vignettes to illustrate miracles and human foibles.  After discussing these scenes, their content, and their style, we focus on the mosaics in the upper church’s apse.  Then we’ll head to the nearby church of Santi Quattro Coronati, the Four Crowned Saints.

Legend has it that the Four Crowded Saints were stone-cutters or sculptors who were martyred for refusing to carve pagan idols after their conversion to Christianity.  The church of the Four Crowned Saints itself is a peculiar remnant of medieval architecture, where sacred space vies with fortress architecture.  Indeed, during the turbulent years of the Middle Ages, it served both purposes.  Today, the structure is occupied by cloistered nuns who will hand us the key to the door of Saint Sylvester’s Chapel, in exchange for a donation.

The chapel was decorated sometime in the mid-1200s.  It is often described as a hymn to the Emperor Constantine…  With true medieval political savoir faire, however, the fresco focuses on Constantine’s conversion and submission to Pope Sylvester!  Full of historic inaccuracies, it is a marvelous example of Medieval church propaganda. 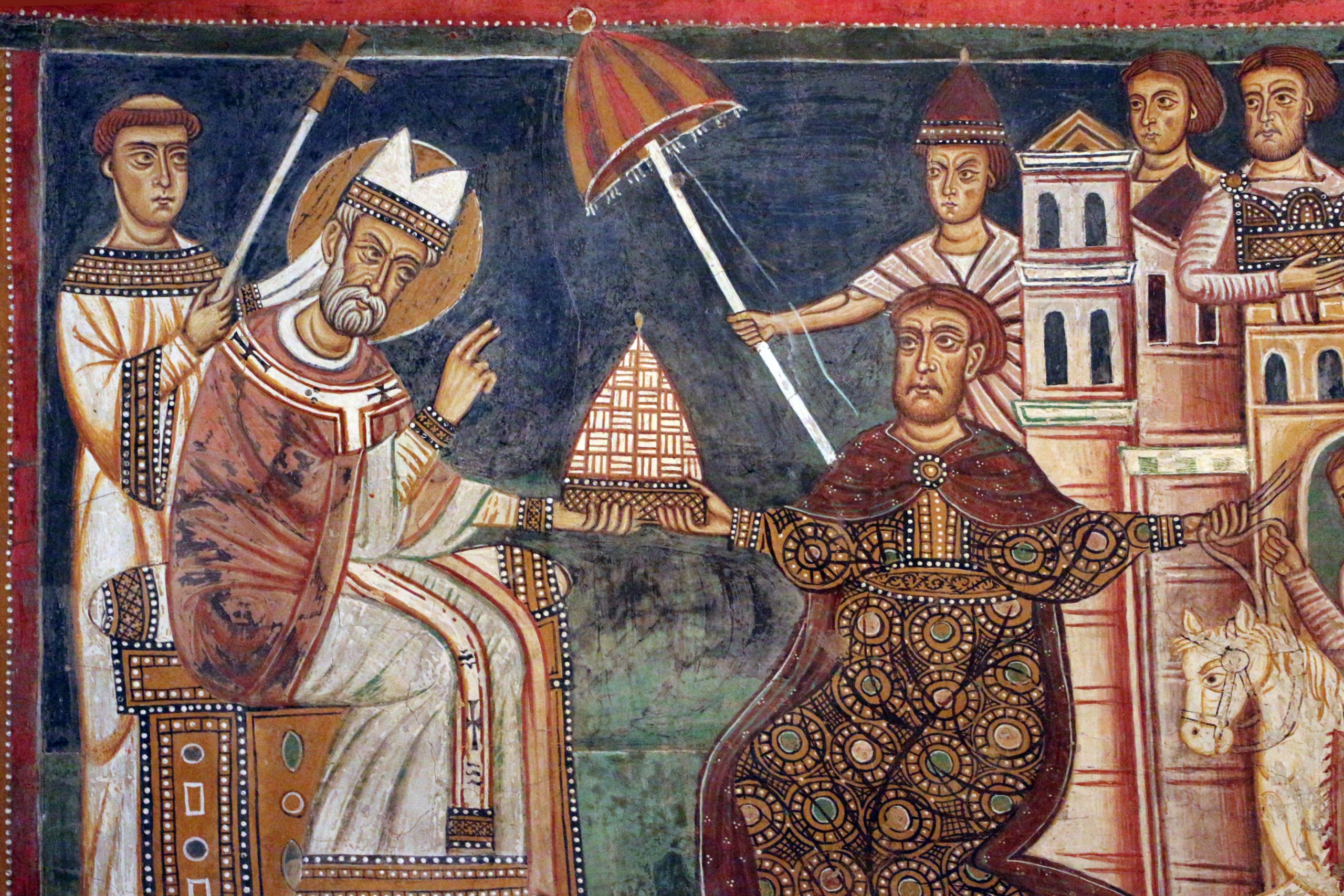 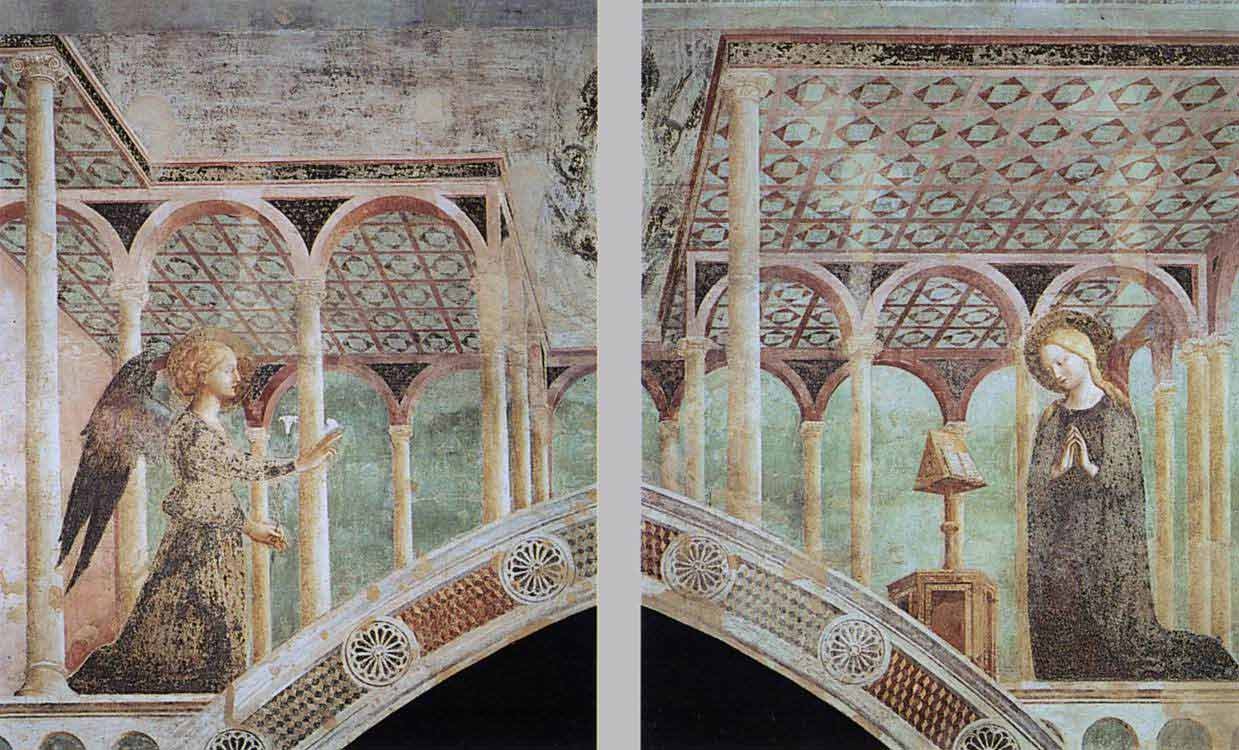 Returning to San Clemente, we will contemplate the frescoes of the Branda-Castiglione chapel from the early 1400s.  Once attributed to the early Renaissance artist Masaccio, modern research now ascribes them Masolino da Panicale.  On the side walls of the chapel, there are scenes from the life of Saint Catherine of Alexandria and Saint Ambrose.  On the back wall is a Crucifixion.  In Masolino’s masterpiece we see the early Renaissance desires to create perspective, depict interior and exterior space accurately, and render figures in a life-like manner.  After admiring his work, we will be able to appreciate the passage from Medieval art to the early Renaissance.