Ok, you are not going to build a mountain out of one oily amphora.  Yet thanks to circa 300,000 amphora imported yearly, Imperial Rome built a sizable hill of a broken pottery in its backyard over the course of two hundred years.  (The hill is the green pimple at the bottom right of the recreation.)  So, to better understand Imperial Rome, tour Monte Testaccio!

We could argue that Romans were master urban planner and created this garbage heap next to Rome’s riverside port / industrial zone.  The Tiber River, the bustling harbor, and wall-to-wall warehouses are represented in the same recreation mentioned above.  Amphora were unloaded daily by the thousands.  They could contain liquids (such as olive oil, linseed oil, wine, and soy-sauce-like garum), others contained peach preserves, dried beans, wheat from Egypt, Sicily, and Sardinia…  As the amphorae used to ship oil from Spain and North Africa to Rome collected, someone was in charge of removing them, breaking them into pieces, stacking them in an orderly fashion, and covering them with lime (to neutralize the stench).  While you tour Monte Testaccio, you will admire how painstakingly the shards were laid. Click here to watch a video that describes the hill’s history. 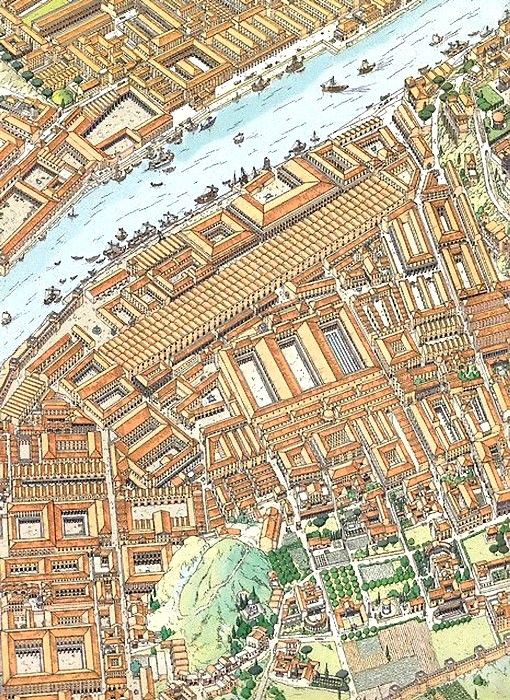 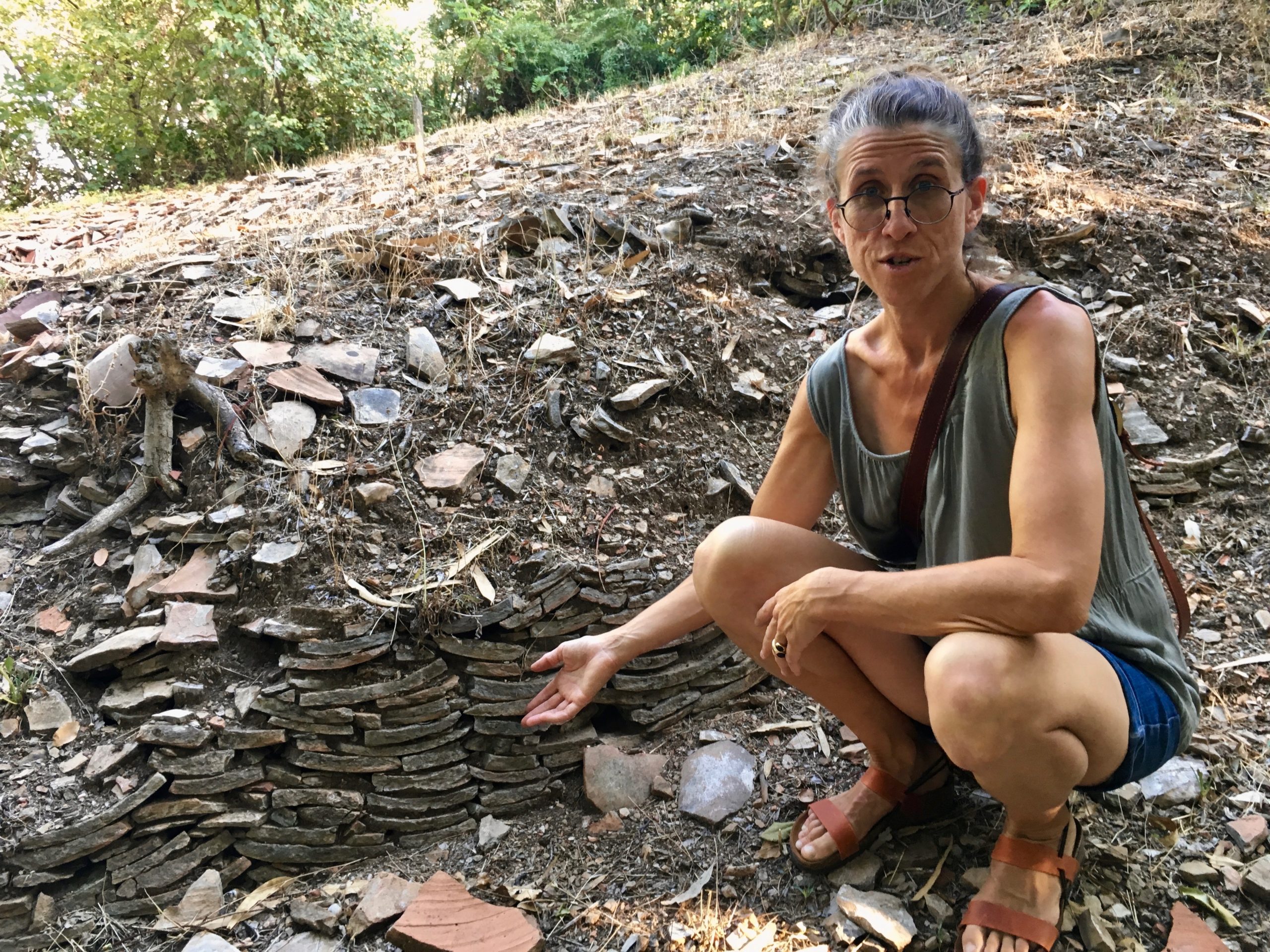 We could argue that Imperial Romans were slightly out of their mind for stacking oily amphora fragments in their backyard.  After all, by circa 250 A.D., the mountain may have been around 50 meters (i.e. 150 feet) tall!  (It is now about 36 meters tall — circa 108 feet, having been partially buried by the rising ground level and slowly leveled over the course of time.)  150 feet of broken pottery must have been an ugly blight on the city’s horizon!  Or was it?  As we tour Monte Testaccio, we will discuss the garbage heap’s history as well as surprising attitudes toward trash in Imperial Rome.

More Information About Monte Testaccio and Other Attractions in the Area

Monte Testaccio is in the heart of the modern neighborhood Testaccio, Rome. You can tour it combining it with different sites in the immediate vicinity, like the Mithraeum near the Circus Maximus (another special entrance area) or the Baths of Caracalla.