Our stroll through Rome’s Ghetto or Jewish Quarter actually starts in Trastevere. Here we’ll lay the groundwork for the sights and ideas to come. First, we’ll discuss how Jewish ambassadors traveled to Rome to petition the Roman Senate for an allegiance in 161 B.C.  After that, members of the Jewish State traveled to Rome and settled there. But as non-Roman citizens, they lived in the immigrants’ quarter, Transtiberim (now Trastevere). Then we’ll discuss how their rights and status improved, as Rome underwent a series of transitions of its own. Finally, we’ll head to Tiber Island to cross the Pons Fabricius (Fabricius’s Bridge), built in 62 B.C.  It was later dubbed the Pons Judaeorum (the Jewish bridge), when the Jewish community that had settled in Trastevere used it to move to the other side of the river. It is seen here in the photo. 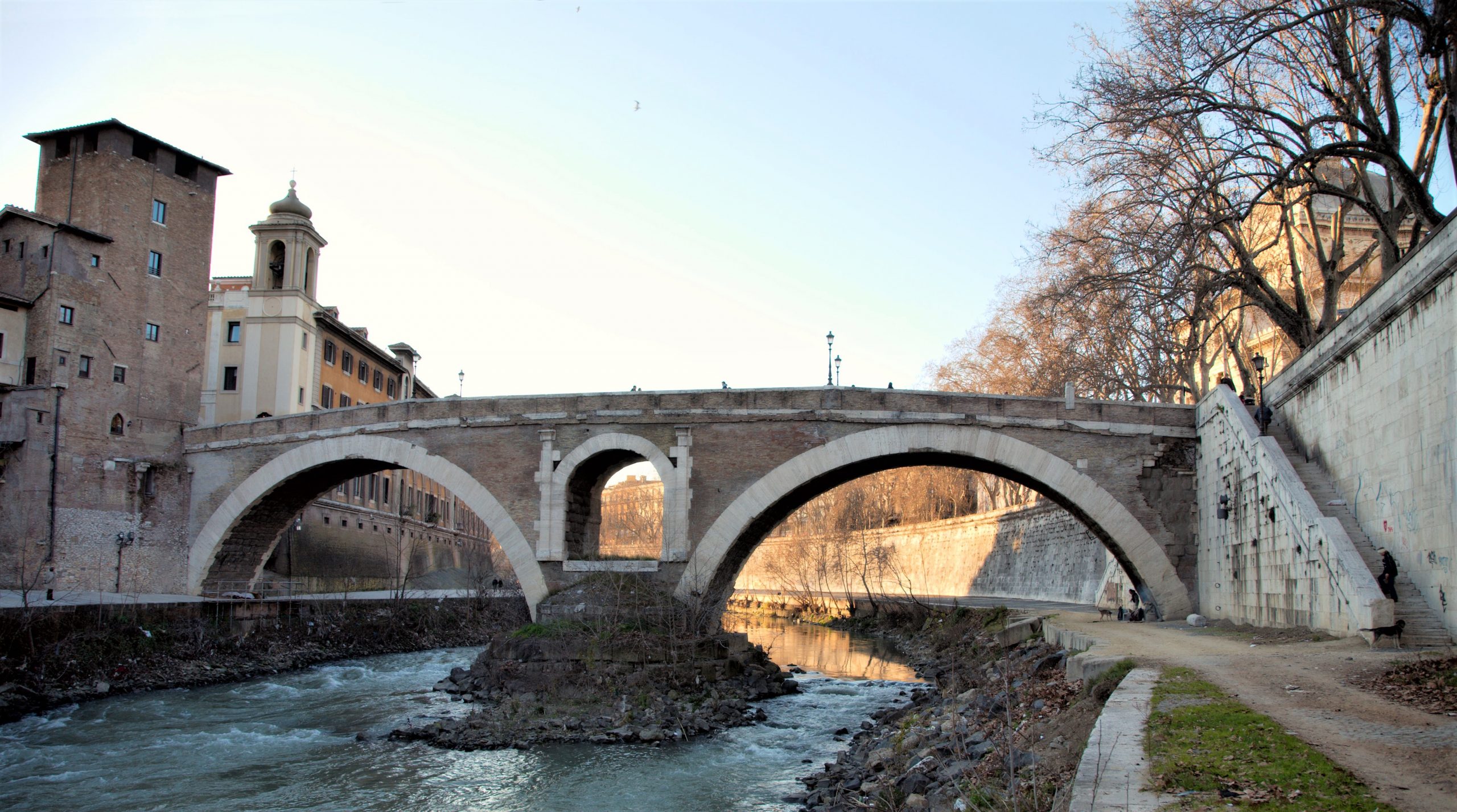 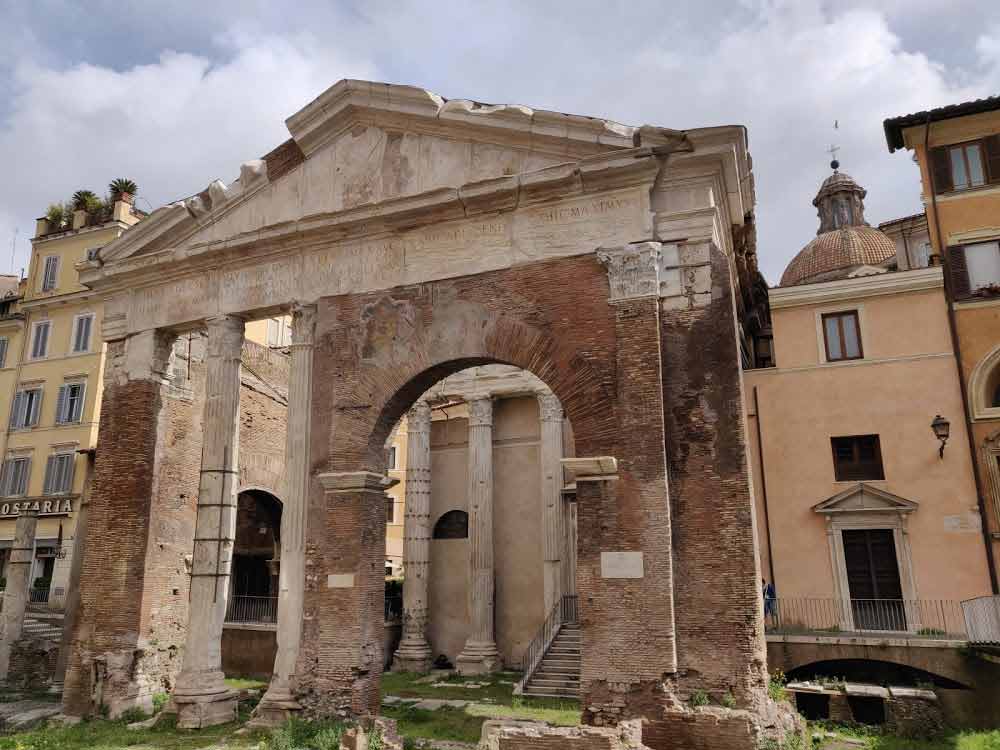 Once we’re on the other side of the river, we’ll stroll through the area that comprised Rome’s Ghetto. Founded by Pope Paul IV in 1555, very little of it still exists. But we’ll root out traces of it. After that, we’ll loop through a larger neighborhood, known as il Ghetto in Italian today. We will focus on some ancient monuments, like the Portico of Octavia, which can be seen in the photo. Nearby is the Theater of Marcellus. On its remains an aristocratic Medieval family built their palazzo (or palace). And the palazzo with its inhabitants constitute an interesting piece of Roman/Jewish history!

Finally, we’ll discuss commemorative monuments, like the heart-rending art installation pietre di inciampo (metaphorically “stumbling blocks”) and the plaque labeled Piazza 16 Ottobre 1943— a reminded of the Nazi’s round-up of Jewish citizens that occurred toward the end of World War II.  We’ll also see Rome’s largest and most famous Synagogue from the outside.  If you are interested in visiting it, see Daniella’s advice (below).

No entrance fees apply to this visit, but you’ll definitely want to stock up on typical Roman Jewish pastries at the bakery on the corner of Via della Reginella and Via Portico d’Ottavia before, during, and after our visit!


The Major Synagogue and its Museum are open to the public.  For security reasons, however, visitors must sign up for visits led by Museum staff.