The Borghese Gallery and the Capuchin Crypt: the Borghese and Barberini Families

The Borghese Gallery and the Capuchin Crypt are two very unique places. The former is perhaps the highest artistic expression of Roma Barocca (Baroque Rome) in town! But that’s what you would expect from Scipio Borghese, Pope Paul V’s Cardinal nephew! After all, he had an enviable budget, a penchant for art, and a sprawling property just outside Rome’s old walls where he could build his gallery.

Scipio Borghese also had important neighbors. Right down the road from him lived Cardinal Maffeo Barberini (soon to become Pope Urbanus VIII).  Maffeo Barberini was on good terms with avid art collector Scipio.  And he eventually introduced Scipio to the young sculptor, Gian Lorenzo Bernini. Scipio immediately recognized Bernini’s talent and bought one of the 16-year-old’s first sculptures. Seen in the picture, it is the she-goat Amalthea. The goat bleats noisily as a baby Jove and a satyr fumble under her  thick mantle to milk her.  Without a doubt, Bernini knew how to tantalize his viewer’s senses even when he was a teenager! 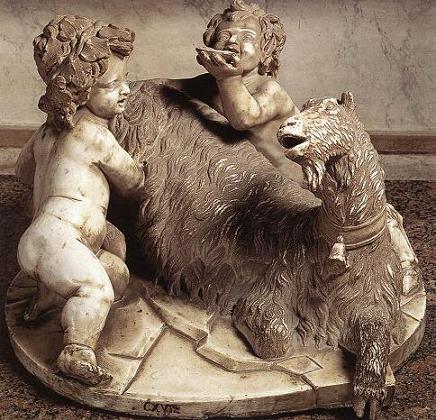 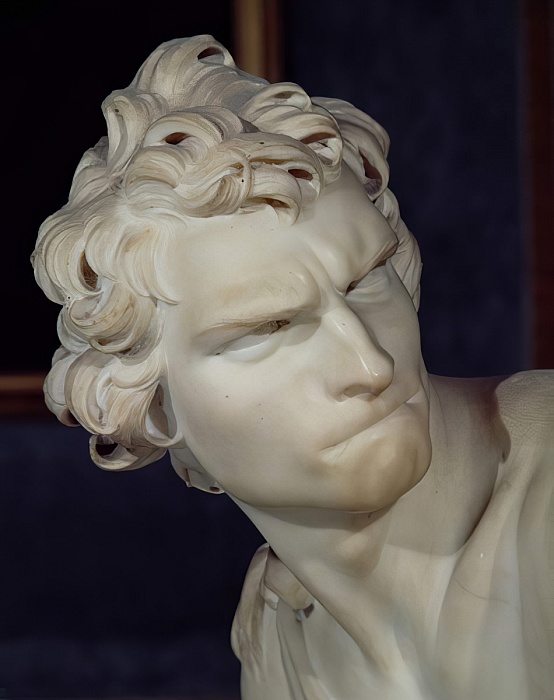 From 1618 to 1624, Bernini worked for Scipione Borghese. During those years, he produced four, life-sized sculptures. While they are all on display at the Borghese Gallery, Bernini’s David steals the show. Indeed, David was the hero and liberator of the Jewish state. But he also composed the Old Testament Psalms, making him poets and artists’ “patron saint.” Therefore, this masterpiece of David grimacing as he kills Goliath is actually Bernini’s self-portrait! You can admire it in the photo.

David’s theatrical expression is exactly what we expect from Roma Barocca. And it’s no surprise really, if you know the story behind the artwork. Cardinal Maffeo Barberini is said to have held a mirror for Bernini as he sculpted. That way, he could easily try out different expressions.  But in 1624, Bernini abruptly stopped work on the David.  Why?  Maffeo Barberini had just been elected Pope Urbanus VIII.  And he had named Bernini Head Architect of the Church of Saint Peter’s.  Bernini now had more important things to think about!

Before enjoying Bernini’s stunning sculptures, we will admire Scipio’s superb collection of six Caravaggio oil paintings. And that’s one of the Borghese Gallery’s claims to fame. No other collection has so many!  (Occasionally, however, the gallery loans one or two of them to other museums and exhibitions.)  Coincidentally, the six paintings are like a storyboard that narrate specific moments in Caravaggio’s life and his development as an artist.  First, his early works are represented by a still life and the Sick Bacchus. (A close-up of the latter is seen in the picture.) Second, his controversial Virgin Mary and his Saint Jerome date to the apex of his career in Rome. Third, his Saint John the Baptist and his grim self-portrait in David and Goliath were two of the last paintings he worked on before his premature death. 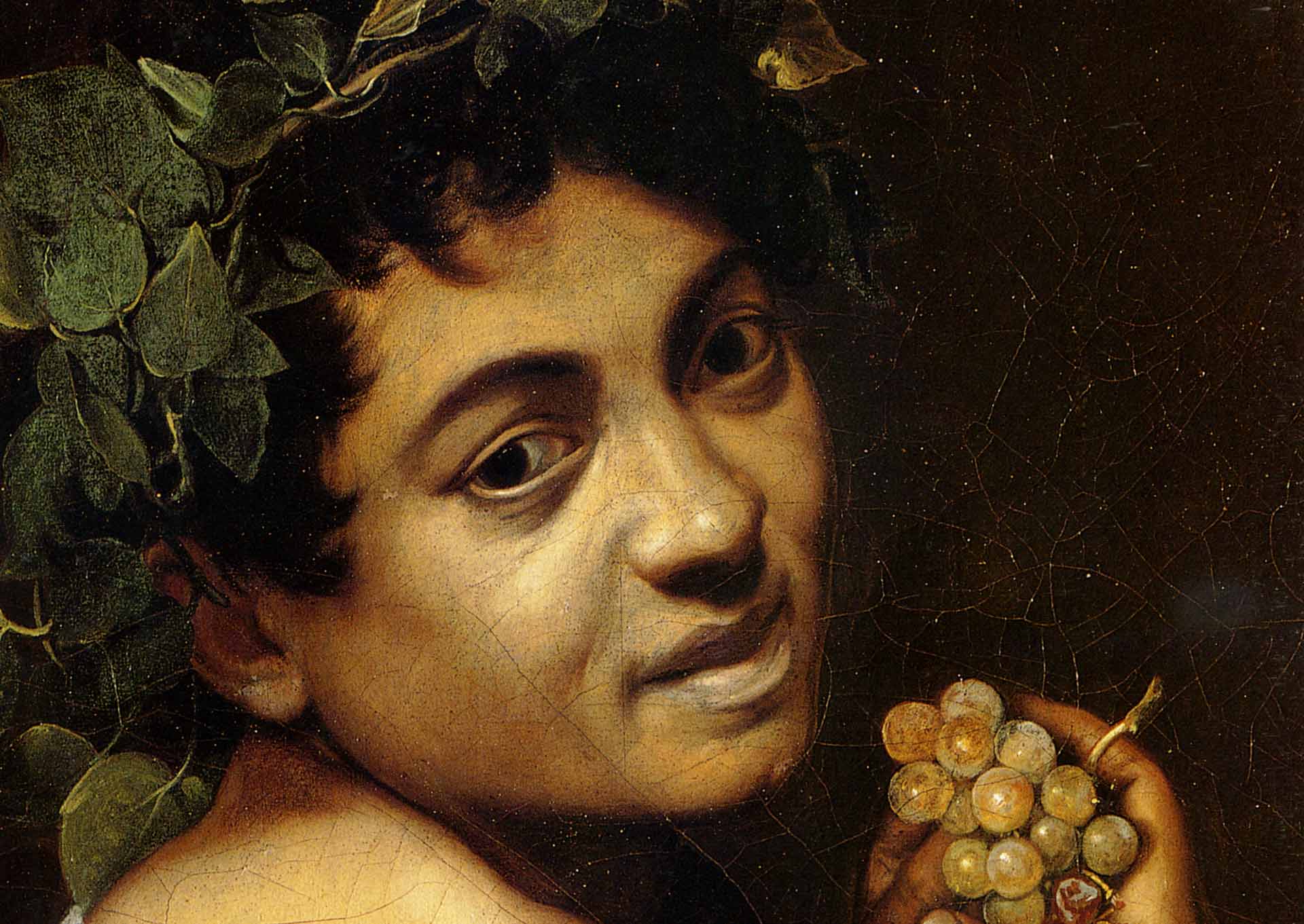 Not far from the Borghese Gallery is the Church of Santa Maria della Concezione.  Underneath it is the famous Capuchin Crypt, better known as “the Bone Church.” When Maffeo Barberini became pope, his brother Antonio — a devote Capuchin, who possessed nothing but his clothes and a bible — traveled to Rome at his brother’s request. To strengthen their ties, Pope Urbanus VIII built a monastery and church for Antonio not far from the Barberini Palace. The Church’s crypt was then embellished using the bones of long-deceased Capuchin friars. The bones of circa 4000 bodies cover the walls and ceilings of four rooms, creating chandeliers, trellising gardens, and spiritual admonitions. See it to believe it!  (Want a sneak preview?  Click here to check out the pictures in Fanpage, a cheesy Italian ‘zine, that wrote an article on the Crypt.)

Roma Barocca: The Borghese Gallery and the Capuchin Crypt. What to Know Before You Go!

A visit to Capuchin Crypt and Borghese Gallery generally lasts about four hours.  To make the most of your Roma Barocca experience, please remember these two important details:

The entrance fee for the Borghese Gallery is euro 13,00/person (and euro 2,00 with a student reduction).  The Gallery also limits the number of visitors a guide can accompany.