Ancient Romans used the space they called the Forum Romanum for over 1000 years.  Clearly, the Forum developed and changed over those centuries. Let’s put that time-span into prospective by comparing it to the U.S. Declaration of Independence. It has barely celebrated its 240th birthday, and that’s old by US standards!  Therefore, the Forum is a challenge because it forces us to imagine an enormous length of time and all the changes it implies!

The Roman Forum appeals to different people for different reasons.  History buffs will get goose bumps as we sit in the shadow of the Treasury that Caesar looted to finance his civil war against his ex-colleague Pompey.  Language enthusiasts will laugh as they discover that Forum in Latin originally meant “farmers market” and that the word would be associated with government and oratory as the rural farmers market transformed into a bustling downtown.  Those with a passion for archeology will be amazed that the Forum, after the fall of the Roman Empire, stewed under 40 feet of debris.  Architects will love discussing the Imperial Roman workforces, town planning, and the evolution of building materials and techniques   Kids (and adult kids!) will giggle as we stop to play tropas, an ancient Roman version of pitching pennies, at a nearly 2000-year-old graffiti scratched into the stairs of the ancient Roman Courthouse.  (That’s what going on in the picture here.)

Entrance fees: there are different types of tickets for the Roman Forum and their cost changes according to their offer.  Tickets are on sale at Coop Culture’s website, which unfortunately is somewhat difficult to decipher.

Note: Many visitors consider the Forum and Colosseum a perfect half-day (about four hours).  Others enjoy a “full immersion” and opt for a short full-day (about 7 hours) in order to visit the Forum, Colosseum, and Palatine.  Of course, the Forum can also be paired up with Rome’s Underground attractions (like the nearby San Clemente or the tiny Nymphaeum), or other sights in town.  For a review of my Forum tour, please click here! 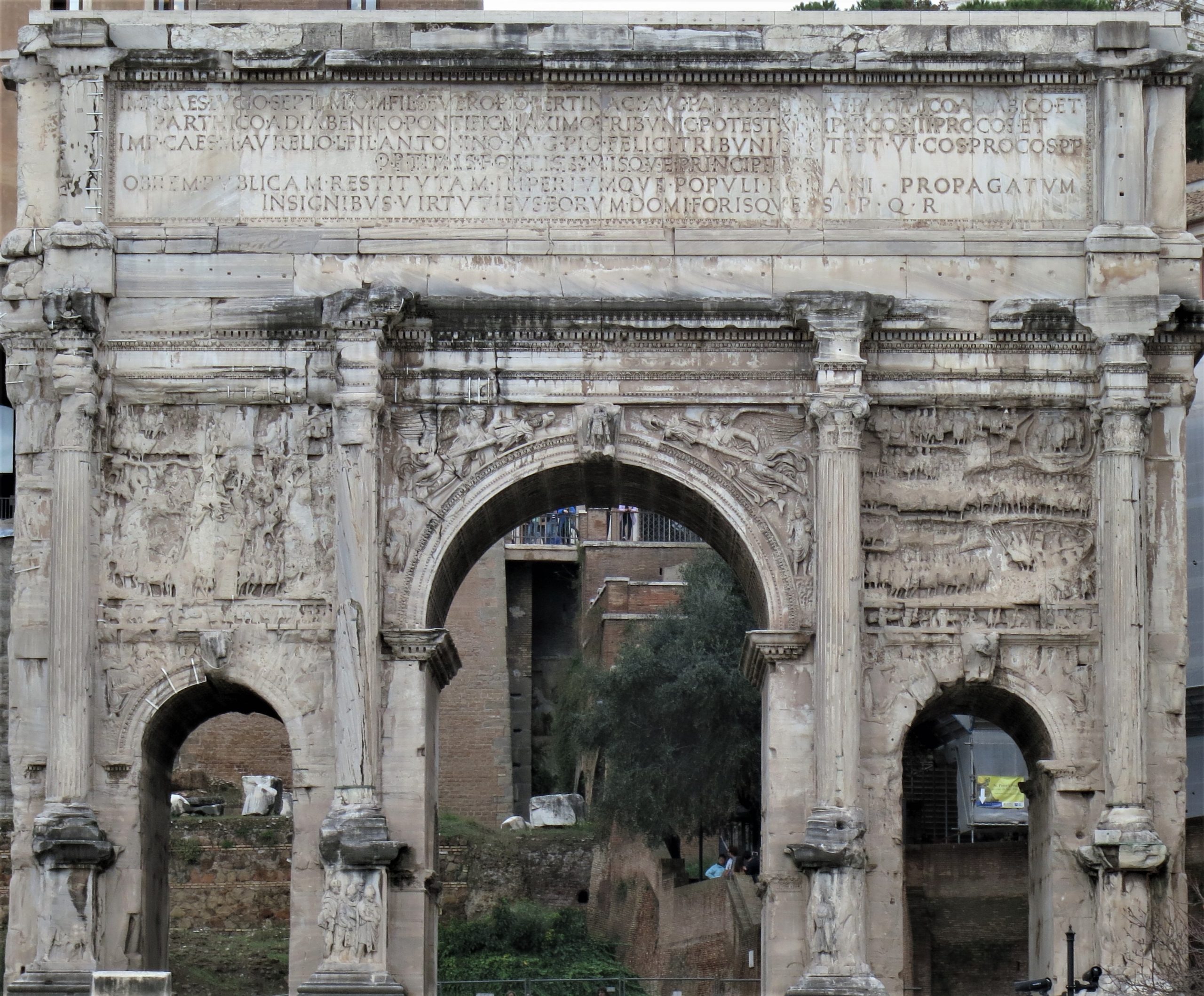 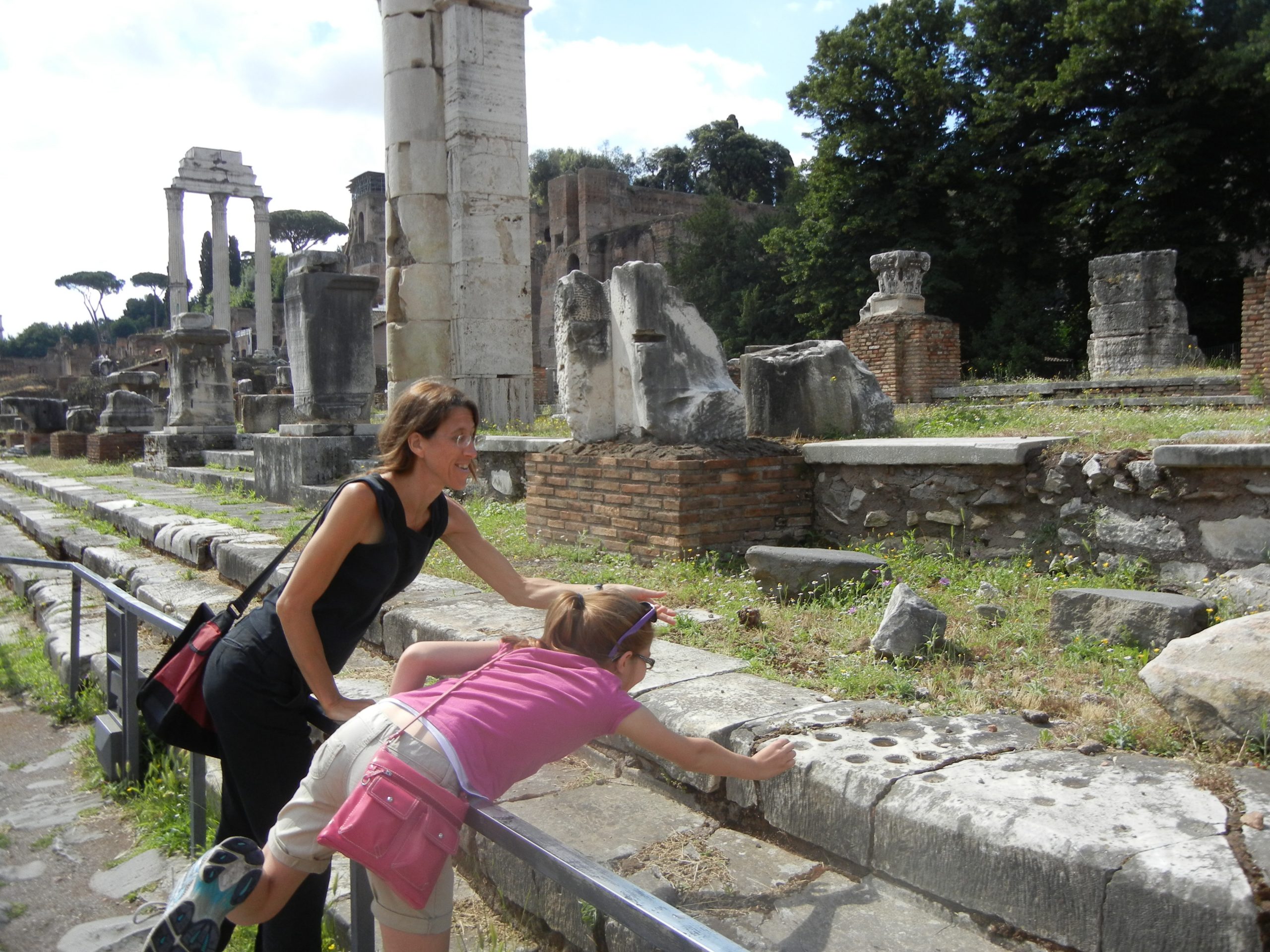