Our tour of the Roman homes on the Celian Hill begins with a stroll along the Clivus Scaurus (Scaurus’s Slope). In this relatively sleepy part of Rome, it’s easy to go back in time. So, let’s go back to imperial Rome, when this was a high-density residential area. Wagon wheels creak under heavy loads, and the donkeys pulling the wagons bray and whinny. Stray dogs stay out of their way, or don’t and yelp. Children play on the sidewalks that hug several story tall apartment buildings, while one or two mothers watch them from doorways or windows. Delivery boys exchange one-liners with artisans. And lost foreigners ask them all for directions. This road, the Clivus Scaurus, takes us to the Church of John and Paul. And that’s exactly where we want to be, because the church sits on the ancient homes that we’ve come to visit!


Under the Church of Paul and John

The Roman homes on the Celian Hill are actually a large insula and a neighboring domus. Insulae were multistory, multifamily apartment blocks. They were the product of ancient Rome’s experiments with concrete and brick, and its need to create high-density housing for its middle and low classes. A domus instead was an aristocratic home. They were deluxe single-family residences that were out of most locals’ economic reach. The insula and domus on the Celian Hill give us a glimpse into ancient town planning. And they create an interesting study in real-estate options.

Perhaps surprisingly, the artwork that you see in the two photos decorates the insula. But read on! And you’ll discover why the insula was so well-appointed… 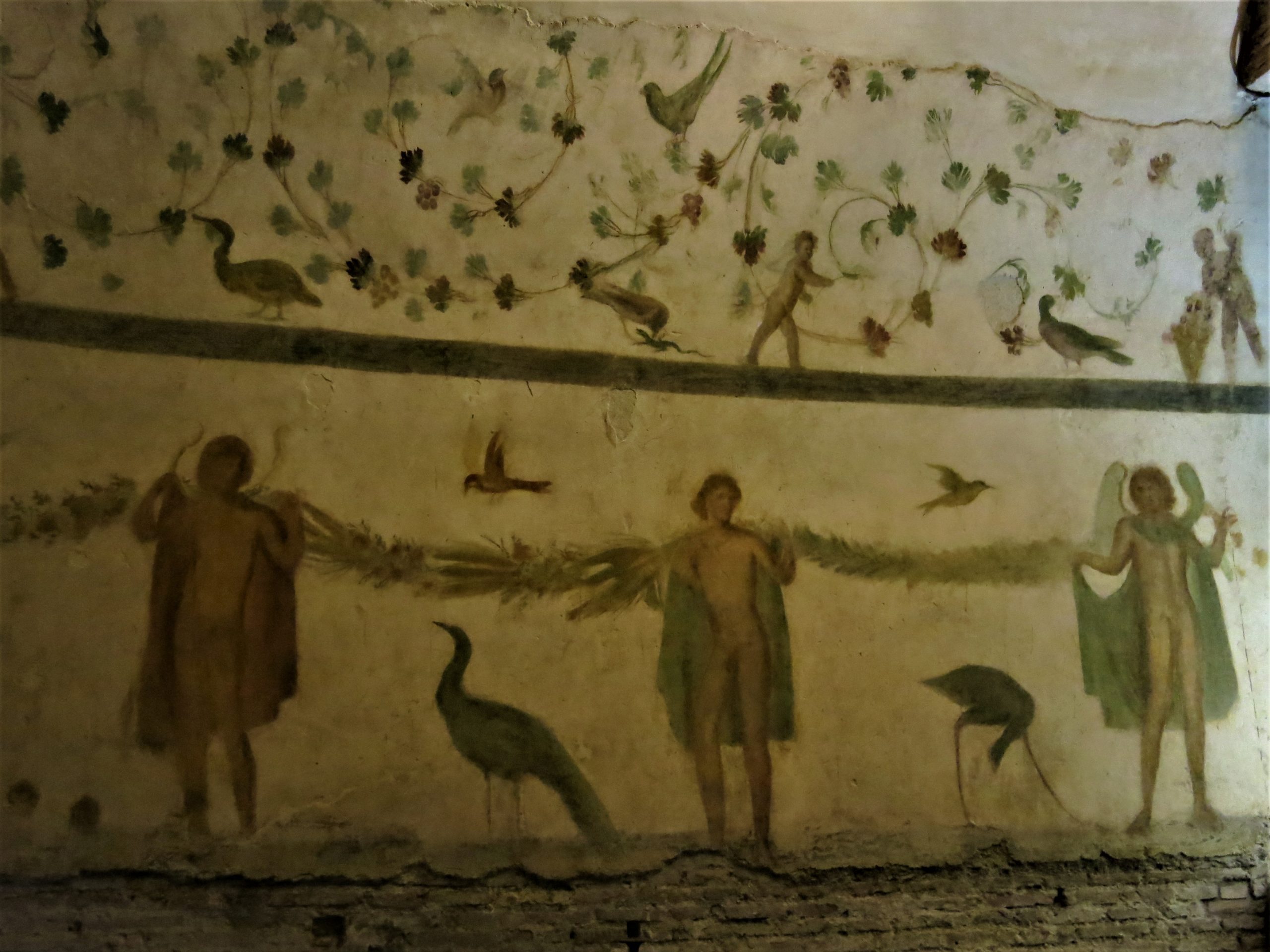 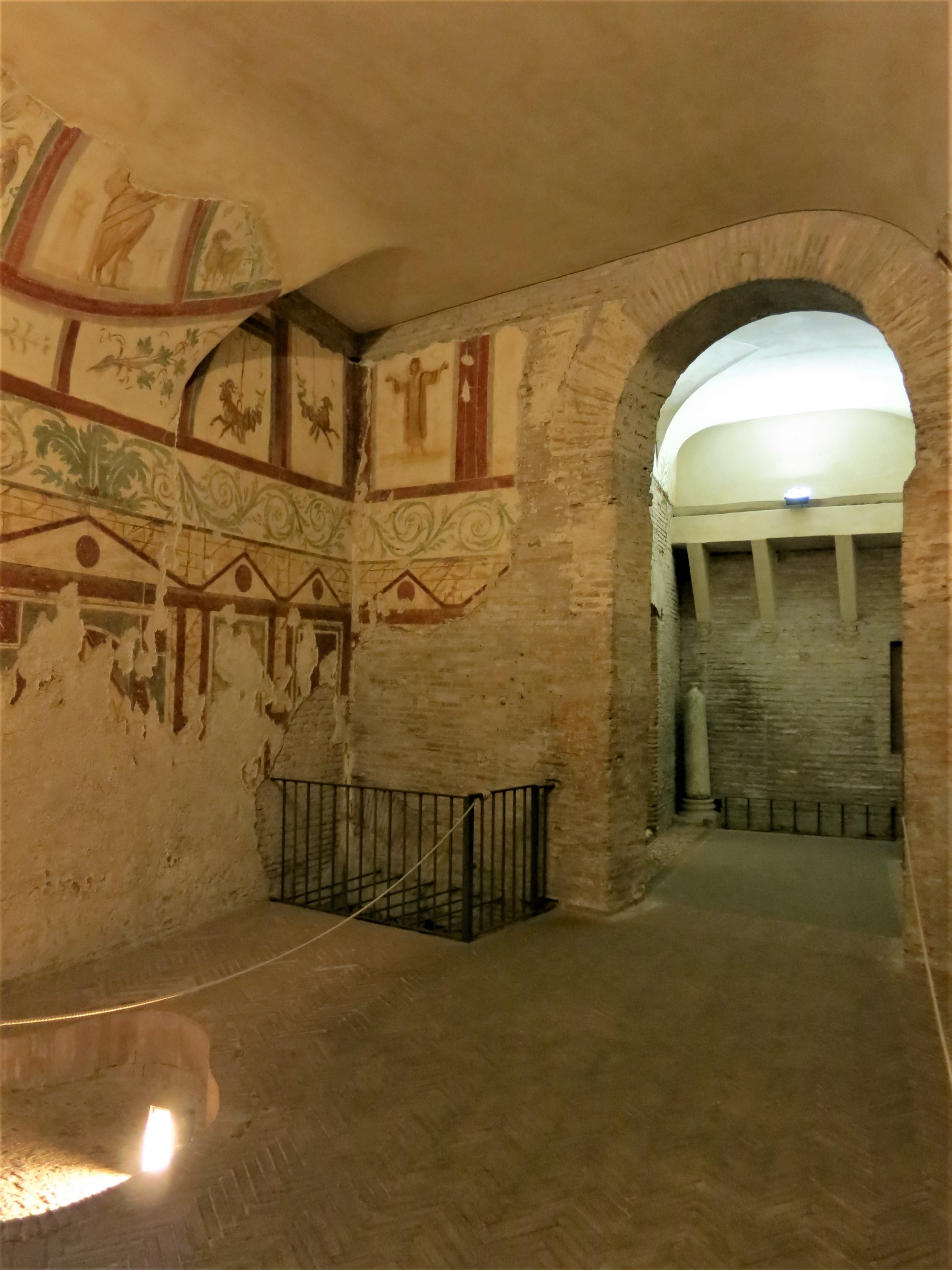 After having housed working class families for over a century, the insula (apartment block) underwent a transition. It became the property of a local millionaire. This wasn’t a bizarre impulse buy. Rather, the millionaire was following a trend that had become increasingly popular toward the end of the Empire. Rome’s economy had suffered several severe downturns. But the filthy rich stayed filthy rich. And they often bought entire multi-family apartment buildings to renovate them as mansions or executive homes. Besides being renovated, these insulae were redecorated with new (and more expensive) pavements and artwork.

This redecorated insula’s frescoes are intriguing, because many of them contain symbols and themes from different ancient religions. To spice things up even more, the Catholic Church claims that two Christians by the name of John and Paul were martyred right here in this mansion! And that’s a murder mystery that we’ll explore in greater depth.

The Roman Homes on the Celian Hill pair up with the other underground Rome attractions, the nearby Church of San Clemente. Of course, it also pairs up splendidly with different archeological areas that explore the idea of housing (e.g. the Imperial mansions on the Palatine Hill or the middle-class insulae of the Vicus Caprarius).