Experience Rome through the Tiber River

Why dedicate a walking tour to the Tiber River?  Well, according to ancient authors, the river saved the infants Romulus and Remus, who went on to found the small goat herding community called Rome.  Locals then relied on the Tiber River for water and defense.  As Rome grew, it ensured commercial growth as raw materials and goods were imported from further and further abroad.  The river was part of Rome’s daily life for hundreds of years.  Even after the decline of the Roman Empire, it was an enormous resource for the shrinking and economically depressed town. 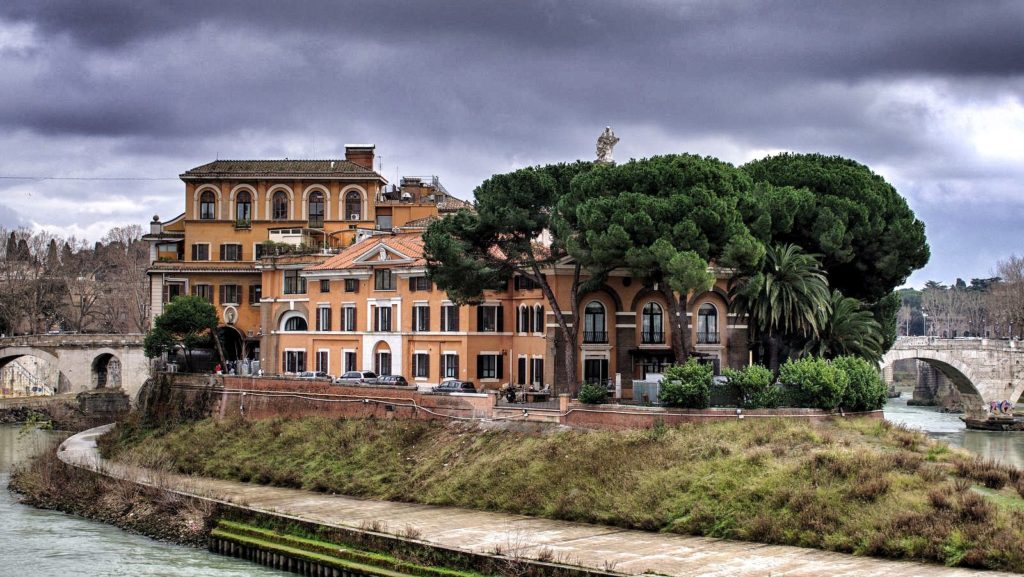 Rome’s connection with the Tiber was severed in the modern era, and the Muraglioni (the tall stone embankments that flank it) are to blame.  They were built in the late 1800 / early 1900s to prevent flooding.  It seemed like a good idea at the time!  After all, Italy had just been united and Rome, the new country’s capital, still flooded.  The embankments stopped that, but at the cost of amputating the city from its former life support system.

What’s on the Tiber River Itinerary? 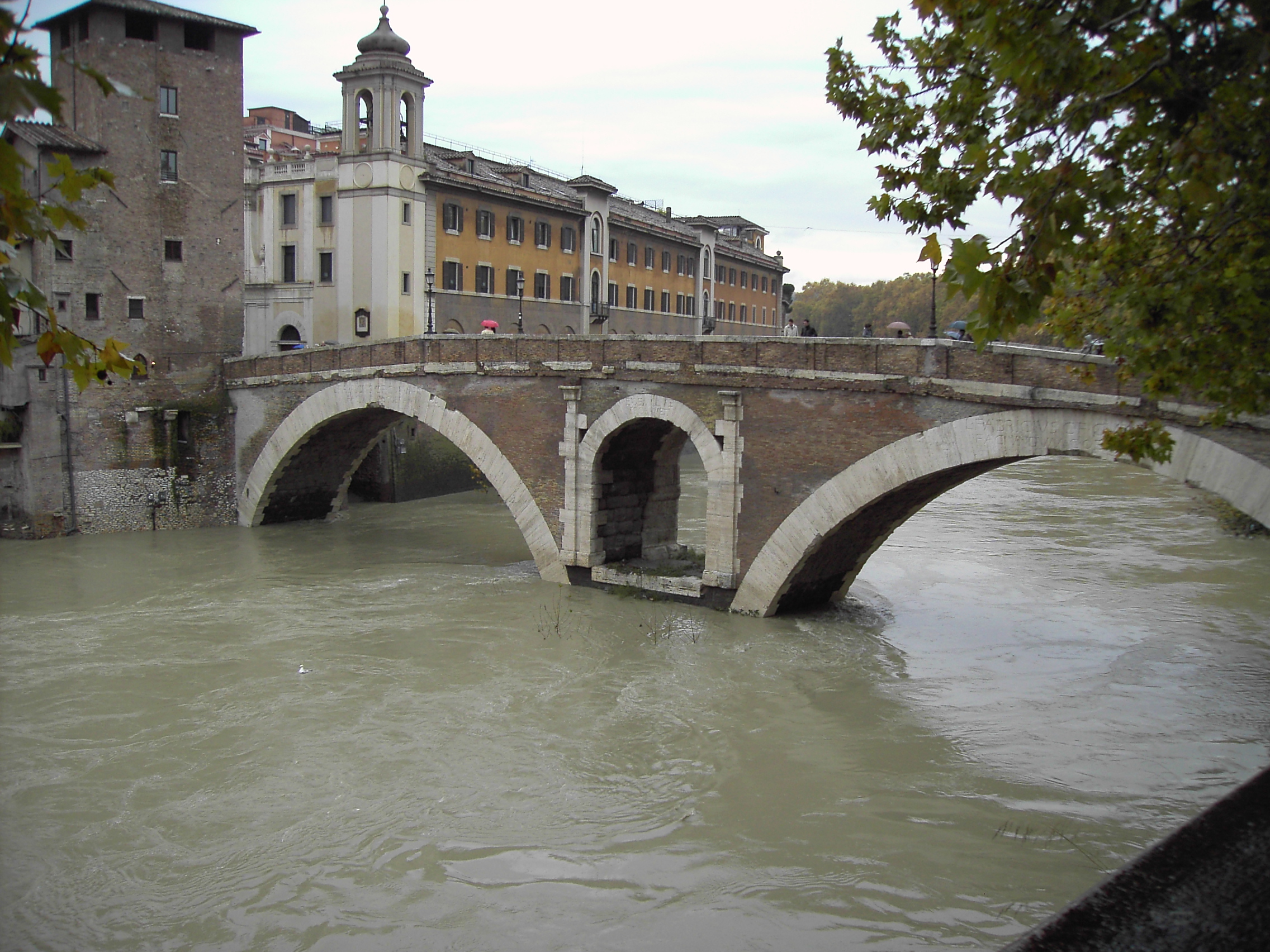 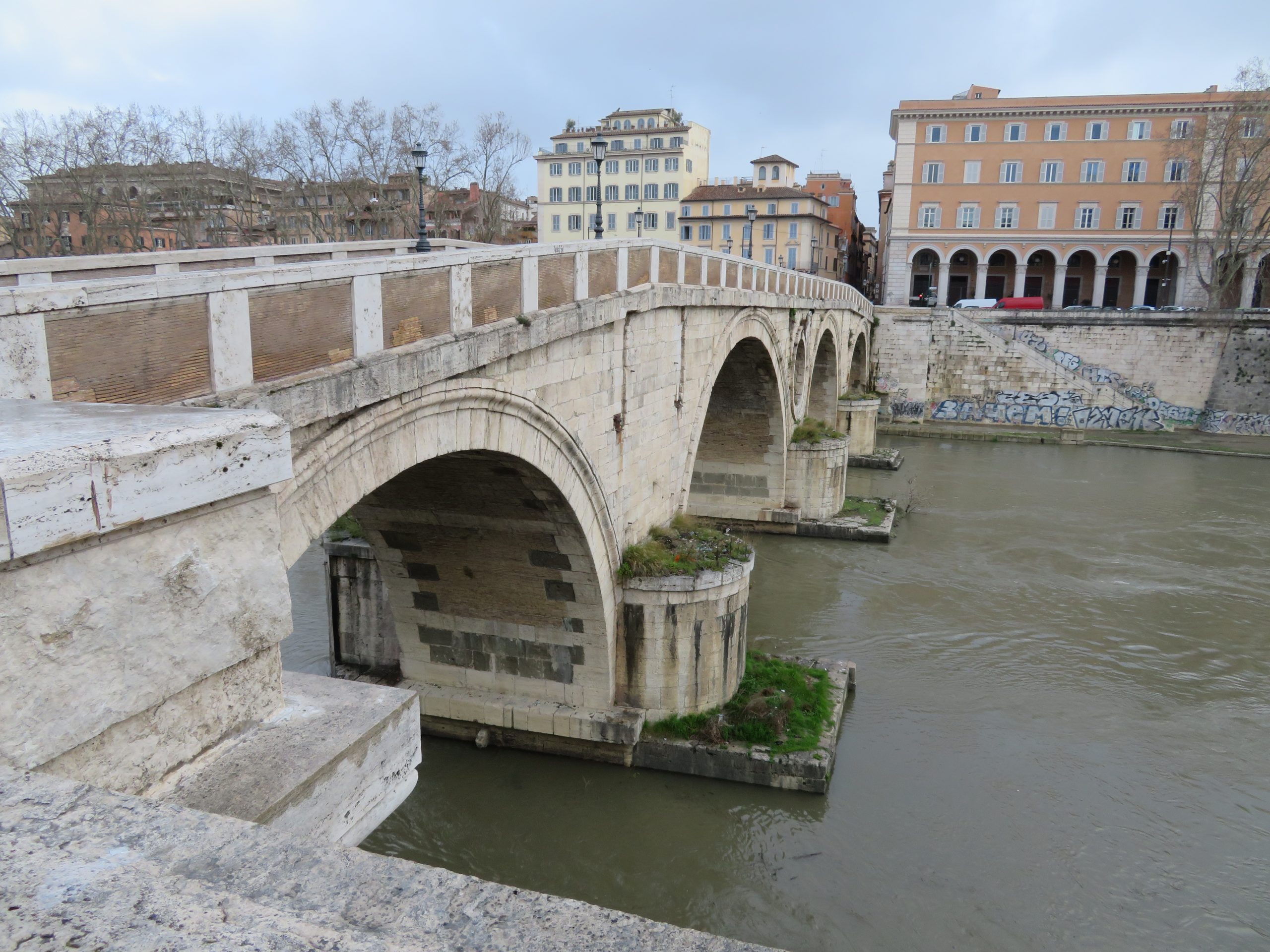 We’ll go back in time to rediscover the Tiber River in its former glory, long before the embankments.  For example, we’ll talk about ancient engineering and two two-thousand year-old bridges on Tiber Island (one of which is in the picture).  From the Island, we can glimpse the Cloaca Maxima–the “main drain” or the ancient Roman sewer that ran under a large portion of the city.  We’ll also stroll through scenic Trastevere (literally the neighborhood “on the other side of the Tiber”).  There, we’ll discuss place names and roads, like Vicolo della Renella and Via Arenula.  (Both Renella and Arenula come from the Latin arena, which means “sand” and referred to the sandy beaches where locals went to bathe or wash clothes.)

Changing eras and neighborhoods, we’ll cross Ponte Sisto, Pope Sixtus’s Bridge (seen in the photo).  It was built in the early Renaissance and connected the proletariat Trastevere with the elegant Via Giulia–the “in” place to live in the 1500s. (In fact, the artist Raphael owned property there, rubbing elbows with the most chic aristocratic families of his time.)  We’ll examine a curious flood marker from the Middle Ages and then cross Ponte Sant’Angelo, the bridge that Hadrian ordered built in 130 A.D. to connect his Mausoleum with the central Rome.

If You Have Time and Energy…

Energetic visitors will end our walking tour of the Tiber River with Castel Sant’Angelo.  The Angel Castle, completed as one sees it today in the 1500s, is built on top of the Emperor Hadrian’s massive Mausoleum.  The history and symbolism of the Mausoleum is fascinating, while the artwork in the Castle is top-notch.  The view from the upper deck almost rival those of Saint Peter’s Dome!

Entrance fees: there are none, with the exception of Castel Sant’Angelo if visitors would like to add it to the itinerary.

Note: Bring a camera!  Trastevere and Via Giulia are photogenic. 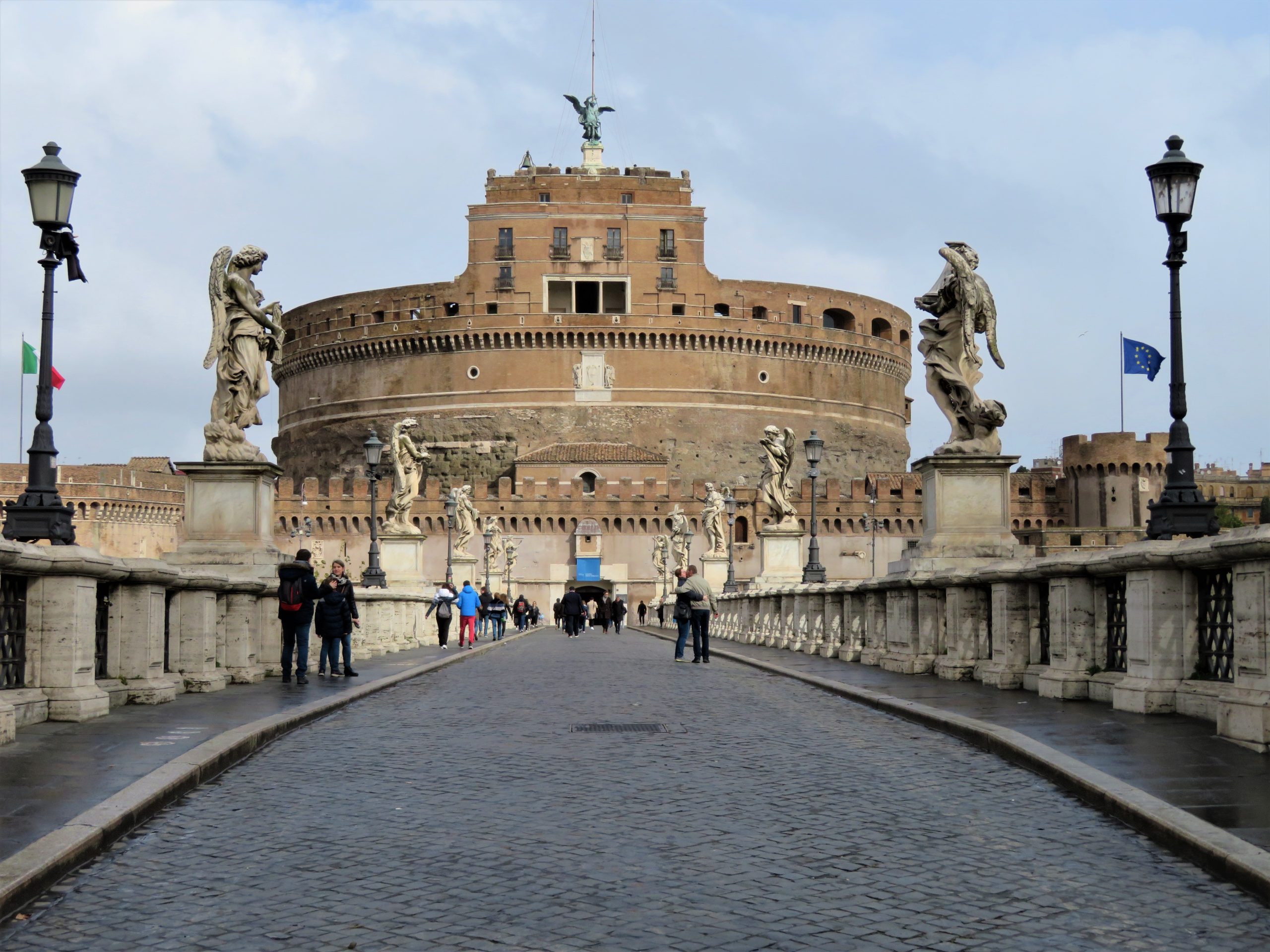