The Colosseum is unique because it is an imperial power statement, the largest ancient Roman arena ever built. And it includes engineering novelties that put modern stadium to shame. But who masterminded it? What is so incredible about its design? Was it really covered with a canopy? Is it true that it could seat circa 65,000 spectators? And how were those sorts of crowds handled? During half-time, did musicians really play in the arena as perfumes and gifts were showered on the crowds? So many questions! And we’ll answer as many of them as we can during our tour! 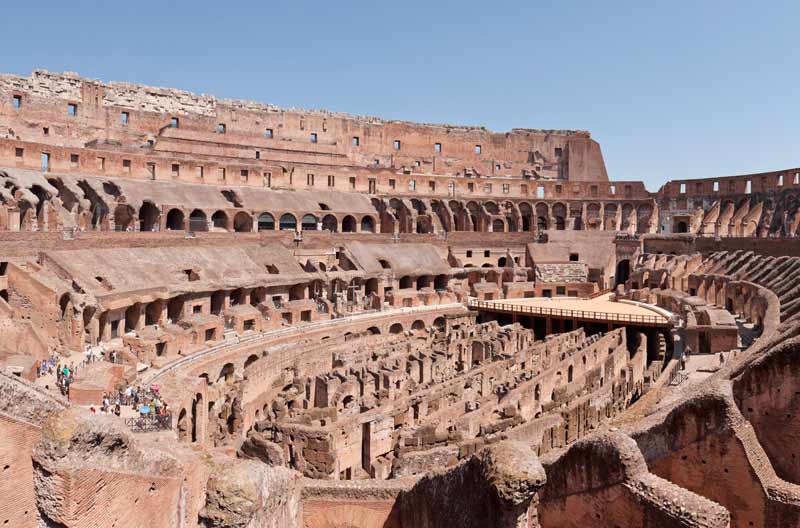 The Colosseum: Ancient Roman Engineering at its Best!

The Colosseum’s ancient engineering is the part of the tour that Daniella likes best. “Architecture just doesn’t get any better than this. Ancient Roman engineers were just so ambitious,” she’ll explain. “For example, consider the etymology of the word amphitheater. (The Colosseum is, after all, an amphitheater.) Its gets its name from the ancient Greek amphi (both or two) and theatrum (theater). In other words, an amphitheater was a ‘double theater’ or a ‘theater on both sides.’ Okay,” Daniella admits, “the entertainment was different, but we’ll talk about that later!”

Indeed, the Greeks invented theater. And, when building theaters, they integrated them into the landscape, manicuring a hillside to create seats. An ancient Roman would tell you that this was a “typically” Greek solution, somewhat philosophical, somewhat lazy. What did imperial Roman engineers do when they built the Colosseum, the mother of all ‘double theaters’? They built an artificial hillside to lay the seats on! That is, using brick, concrete, and travertine, they built a man-made slope. And it accommodated more than twice the number of spectators of the largest Greek theaters! Ouch! An ancient Greek would say that this architectural megalomania was so “typically” Roman! After all, the Colosseum advertises imperial Rome’s civil engineering capability, with this subtext: “dudes, we suggest you steer clear of our military engineering.” 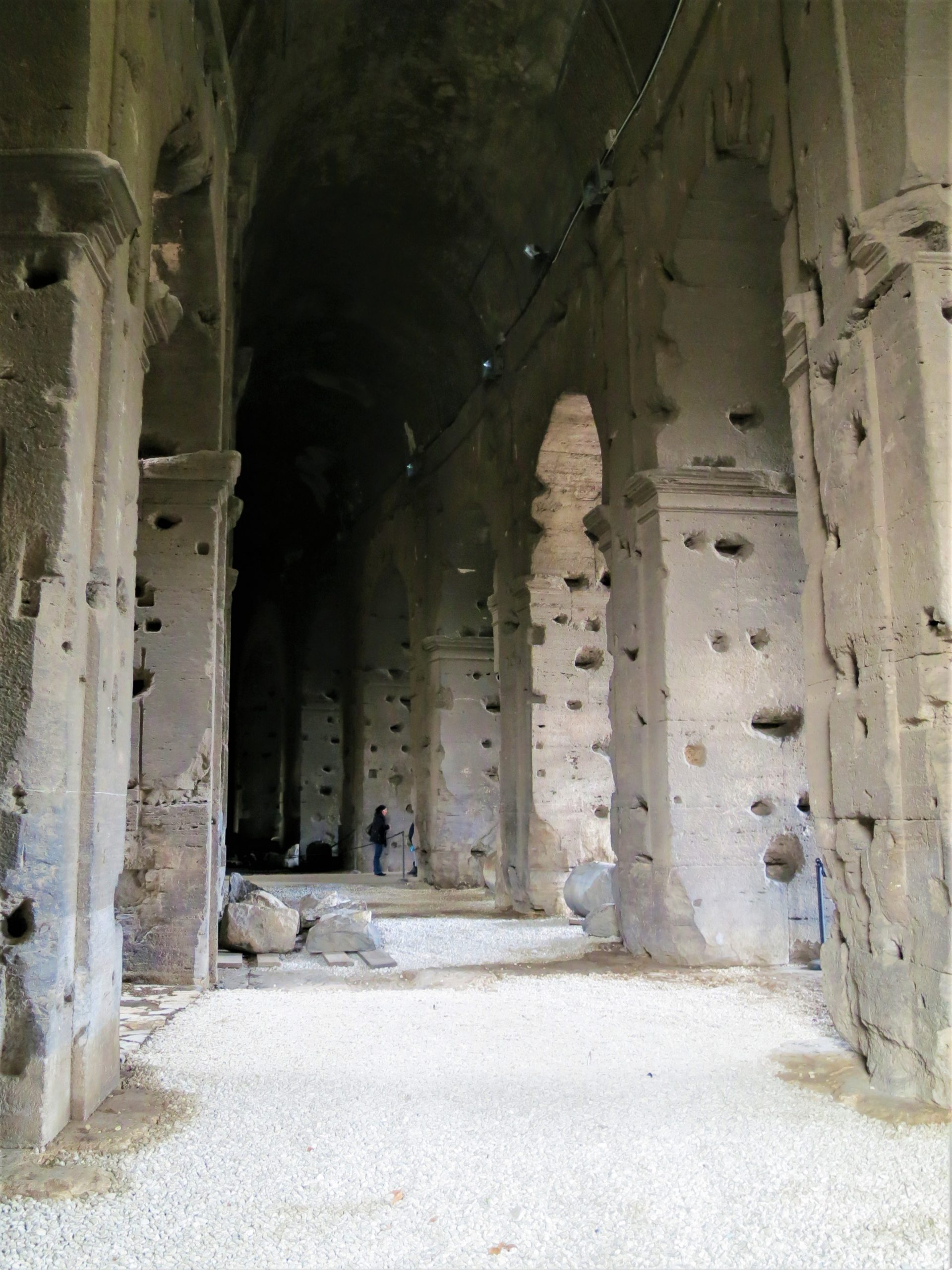 Get All the Ancient Roman Facts and Stories!

There is so much to talk about! Of course, we’ll discuss the Colosseum’s seating capacity and how tens of thousands of people comfortably navigated the building to find their seats. And we’ll also talk about concession stands, game snacks, gladiator figurines and other merchandise. You’ll soon realize that, with concession stands and free entertainment, imperial Romans pioneered the apparently modern concept of “back-ending.” Then there’s the economy of blood sports–from the importation of foreign animals from the four corners of the world to training the Olympic sports heroes and first-class performers who were the stars of the show.

By the end of the visit, you’ll be overwhelmed at what you’ve learned! First, you’ll have a greater appreciation of the Colosseum’s engineering and architecture. Second, you’ll understand how modern the Colosseum and the imperial economy that center on it actually was. Finally, we will separate the gruesome facts from the gory fiction, as we discuss the subtle psychology behind empire, violence, and entertainment.


A tour of this glorious ancient Roman attraction, the Colosseum, lasts approximately two hours. If you’d like to pair it up with the Roman Forum, it lasts about four hours. Ditto if you pair it up with the Palatine Hill. Some history buffs opt for an archeological marathon. That is, we start with the Forum and the Palatine in the morning, to end with the Colosseum after a snack and a coffee or a proper lunch. Some visitors like pairing the Colosseum up the nearby underground attraction San Clemente: the first is clearly a must-see, the second is a surprise. But architecture buffs will enjoy a half-day that focuses on two Guinness Book of Imperial Wonders: the Colosseum and the Pantheon. (For more information about the Pantheon see my Campus Martius stroll.)

Your Colosseum tickets will automatically include the Roman Forum and the Palatine. They are also good for 48 hours–with a caveat! The Forum and Palatine are considered one area. So, you must visit them both back-to-back without leaving the site (if you are intent on seeing them both). In other words, plan carefully if the Forum and Palatine are both on your bucket list. If you visit one and then break for lunch, you will not be readmitted to see the other. Unfortunately. It is one of the more careless ways of organizing a site and its ticket that many of us have encountered.

The website of the official organization where visitors can book their tickets is https://www.coopculture.it/en/products/ticket-colosseum-forum-and-palatine-_24h/. Like many Italian websites, it can be a tad confusing to navigate. Furthermore, the myriad options for Colosseum tickets may overwhelm you. At the moment, they range from standard tickets with timed entrances to special tickets with the arena or the arena and the underground. The last category tends to sell out quickly. The special tickets (with entrances to the arena or arena and underground) also include “bonus” attractions in the Forum and Palatine. So weigh your options carefully!

Daniella is happy to reserve your tickets for you. Please see the reservation surcharge section of “the Costs” page.