Before digging into the underground site Vicus Caprarius, we’ll discuss town planning in ancient Rome.  How large was Rome and what was its population in the first century B.C.?  What criteria did ancient builders use to develop this area?  And to what extent was plumbing part of the plan?  Then we’ll descend under the Cinema Trevi and discover ancient Rome in all its glory.  We’ll discuss two apartment buildings that date to the Emperor Nero’s reign and may be part of his strategy to renovate Rome after the fire of 64 A.D.  They are currently the oldest insula (apartment blocks) to have been uncovered in Rome.  The mind boggles!  Despite the factancient city was rife with towering tenements and middle-class housing, very few of those buildings have survived! 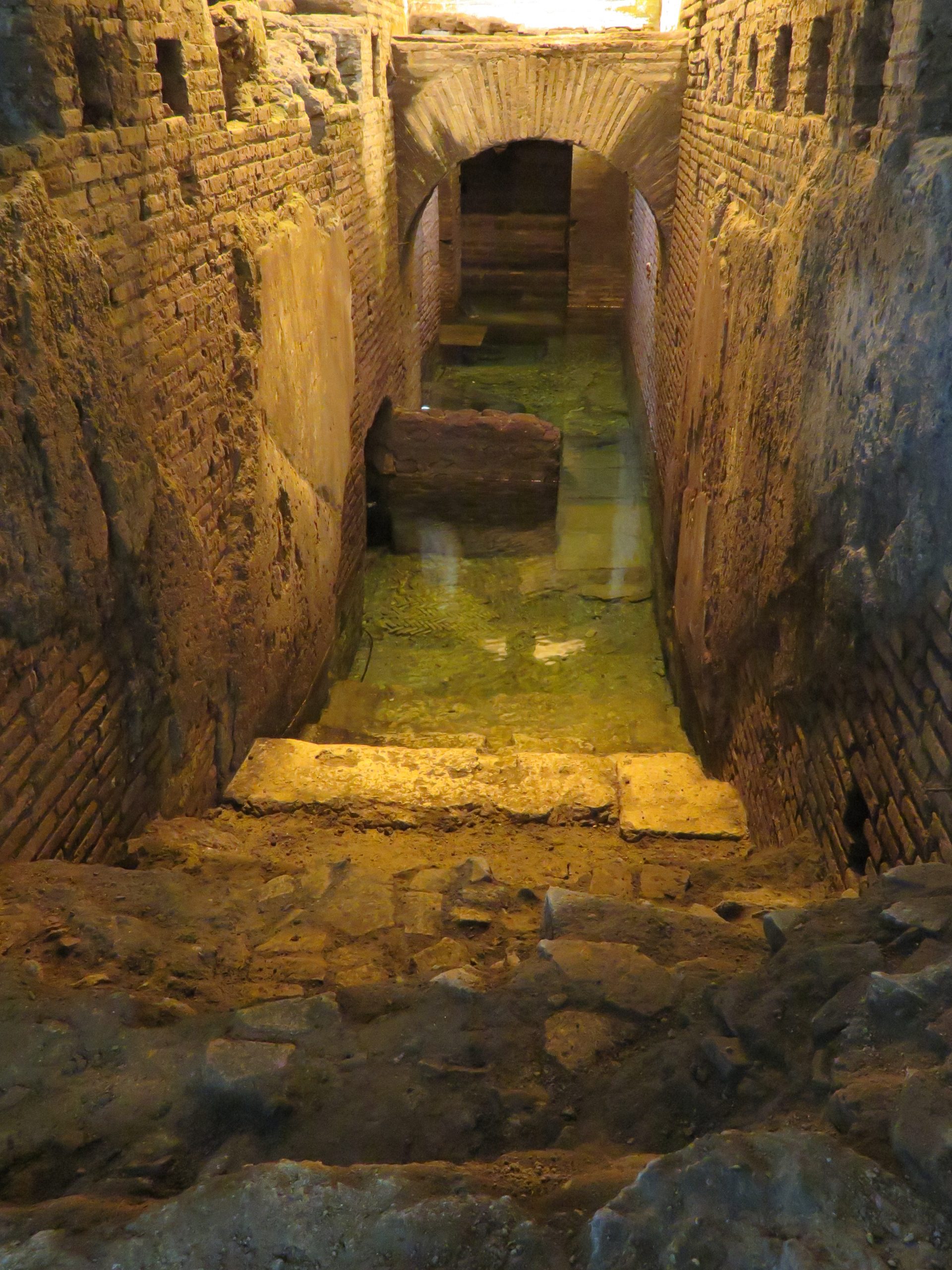 This site is noteworthy for another reason.  One of the ground-floor apartments was turned into a water distribution tank!  The story starts with Octavian, soon to be known as Caesar Augustus.  He asked a wealthy friend, Marcus Agrippa, to create a suburbia in the area where the Vicus Caprarius is now.  At the time, it was a relatively empty field immediately to the north of Rome.  As Marcus Agrippa developed the area, he had an aqueduct, which he baptized “the Virgo,” built in 19 B.C. to provide the area with water.  After all, it takes infrastructure to build a suburbia! 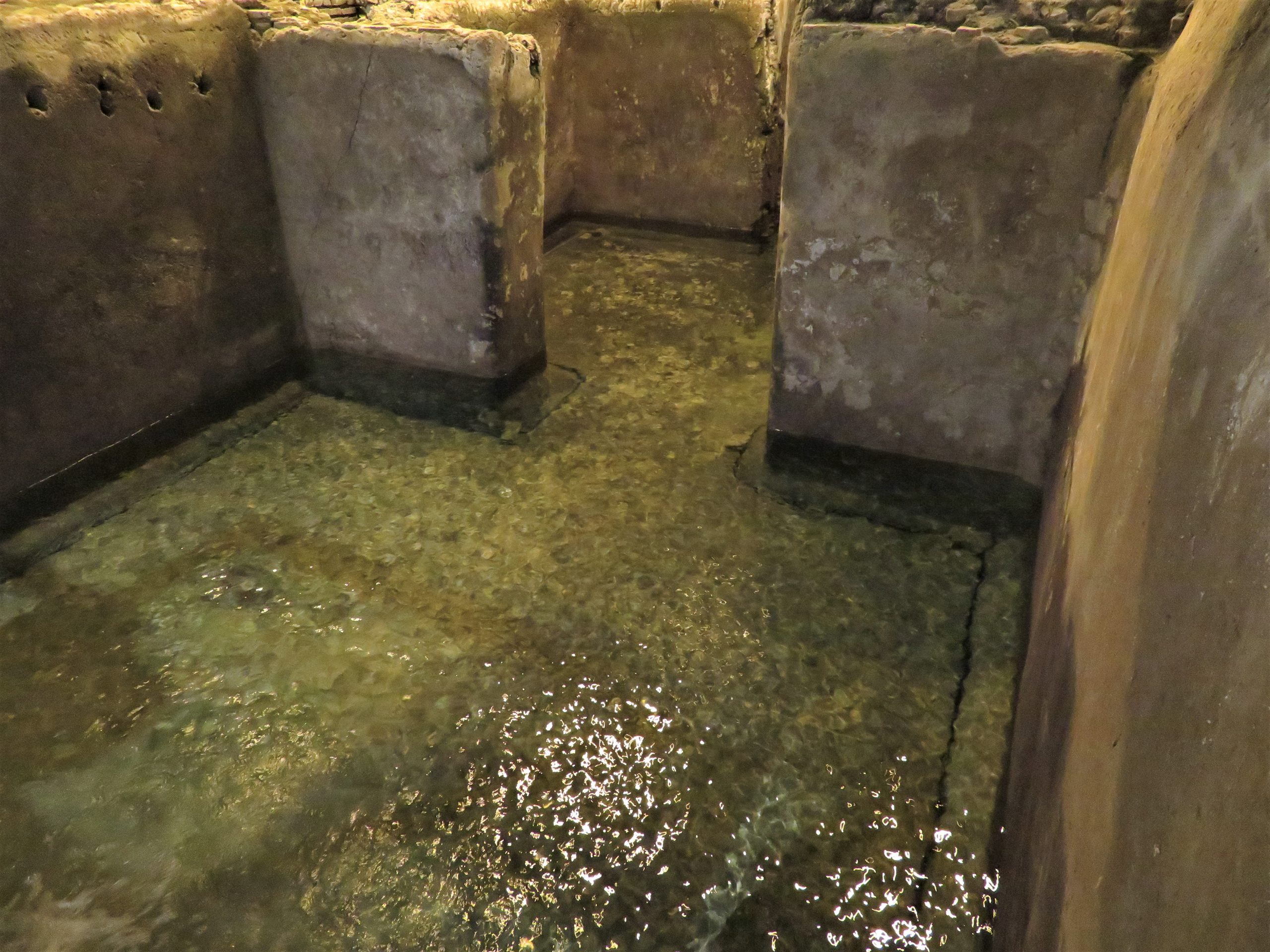 Now skip to the late first century A.D.!  Rome had a Director of Water Works, who was in charge of maintaining the city’s 11 aqueducts.  One of the directors, Frontinus, writes in his treatise De Aquaeductu that different pipes “distributed the Virgo’s water throughout the seventh, ninth, and fourteenth regions, thanks to 18 tanks” (Book II, 84).  The distribution tank in the underground site Vicus Caprarius is the only tank of the 18 to have been found in Rome…  See it with your own eyes!

The apartment buildings’ transformations in late antiquity are also surprising.  During an enemy invasion in the 6th century A.D., the buildings burned.  Their collapsing walls caused ground level to go up.  It’s an amazing phenomenon that occurred all over Rome.  But here it becomes tangible.

As you’re contemplating your underground Rome experience, please remember that the Vicus Caprarius is closed on Mondays and Tuesdays.

The site generally takes a little over an hour to visit.  It pairs up well with the Campus Martius (as a brief digression from the standard itinerary), the Homes on the Celian Hill (for the theme of apartments in antiquity), underground attractions like San Clemente, and any other site visitors think appropriate.