Villa d’Este: the Splendor of a Renaissance Garden

Hyppolitus d’Este’s Villa and gardens in Tivoli exude beauty and good taste.  Of course they do!  Beauty and good taste came naturally to Hyppolitus.  In part, he was one of the most influential cardinals of the Papal Curia in the mid-1500s.  More importantly, he was the son of Lucretia Borgia (and therefore Pope Alexander VI’s grandson) and Alphonso I, Duke of Ferrara (one of the most powerful and feared condottieri in Italy).

Tapping into his unlimited funds, Hyppolitus bought a tidy piece of land in Tivoli.  This was where ancient Roman aristocrats, like Emperor Hadrian, had built their luxury residences centuries before.  After all, the fast-flowing waters of the Anio River and its abundant tributaries made the real estate inviting.  For example, the infinite supply of water translated into the fountains, phenomenal landscaping, and incredible waterworks of Emperor Hadrian’s Villa.  The quintessentially Renaissance man, Hyppolitus d’Este, used it in exactly the same way.  According to Italy’s Ministry of Culture, Villa d’Este boasts 250 spouts, 60 small man-made springs, 255 waterfalls, 100 pools, and 50 fountains.  One of Hyppolitus’s more humorous fountains can be seen in the picture. 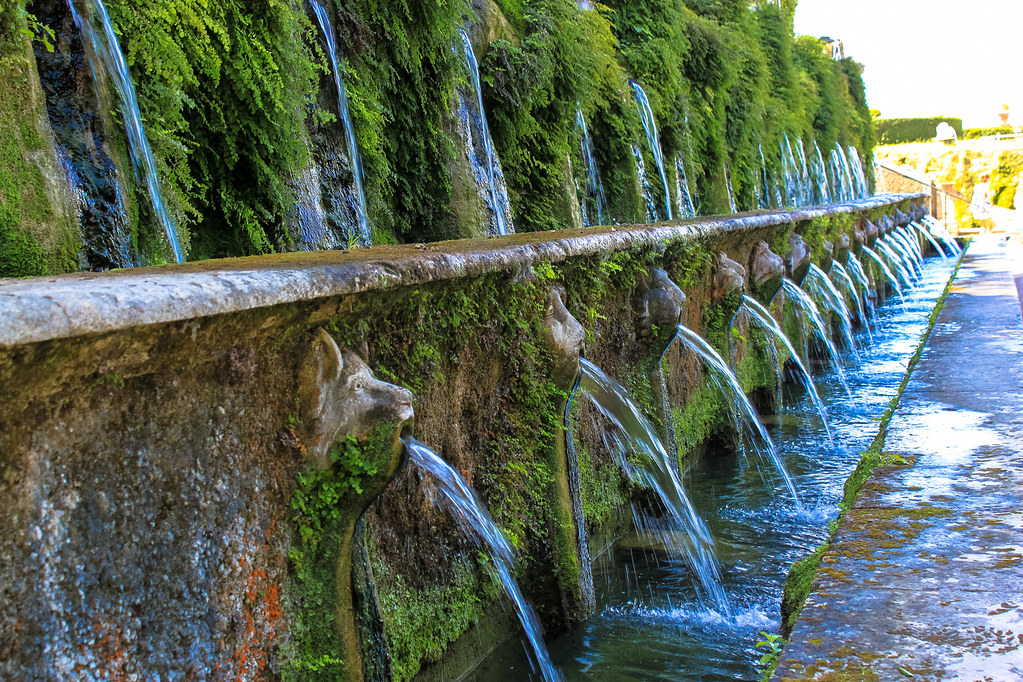 Renaissance gardens generally used both classical and Christian symbolism.  Just like the ancient villas they copied, they were symbols of otium.  Literally meaning “free time,” otium slowly became an ideal, even a goal!  It was a relaxation nirvana with good friends, sparkling conversation, excellent fare, and lots of invigorating fresh air. But Renaissance gardens were also associated with Eden.  They were subsequently considered a terrestrial substitute for the biblical one that was lost.

The symbolism at Villa d’Este went even further, to include its homeowner and his relatives.  The Cardinal’s name was tied to a myth regarding a horse-tamer Hyppolitus and the Goddess Diana.  So it’s no surprise to find a fountain crowned with a statue of the Hunter Goddess!  The Cardinal’s brother was named Hercules.  The dumb jock of Olympus ended his labors in the Garden of Hesperides.  Over one of the Villa’s many fountains, a statue of a dragon roosts over a basin: it is the dragon of Hesperides, the guardian of the classical paradise from which Hercules stole three golden apples. 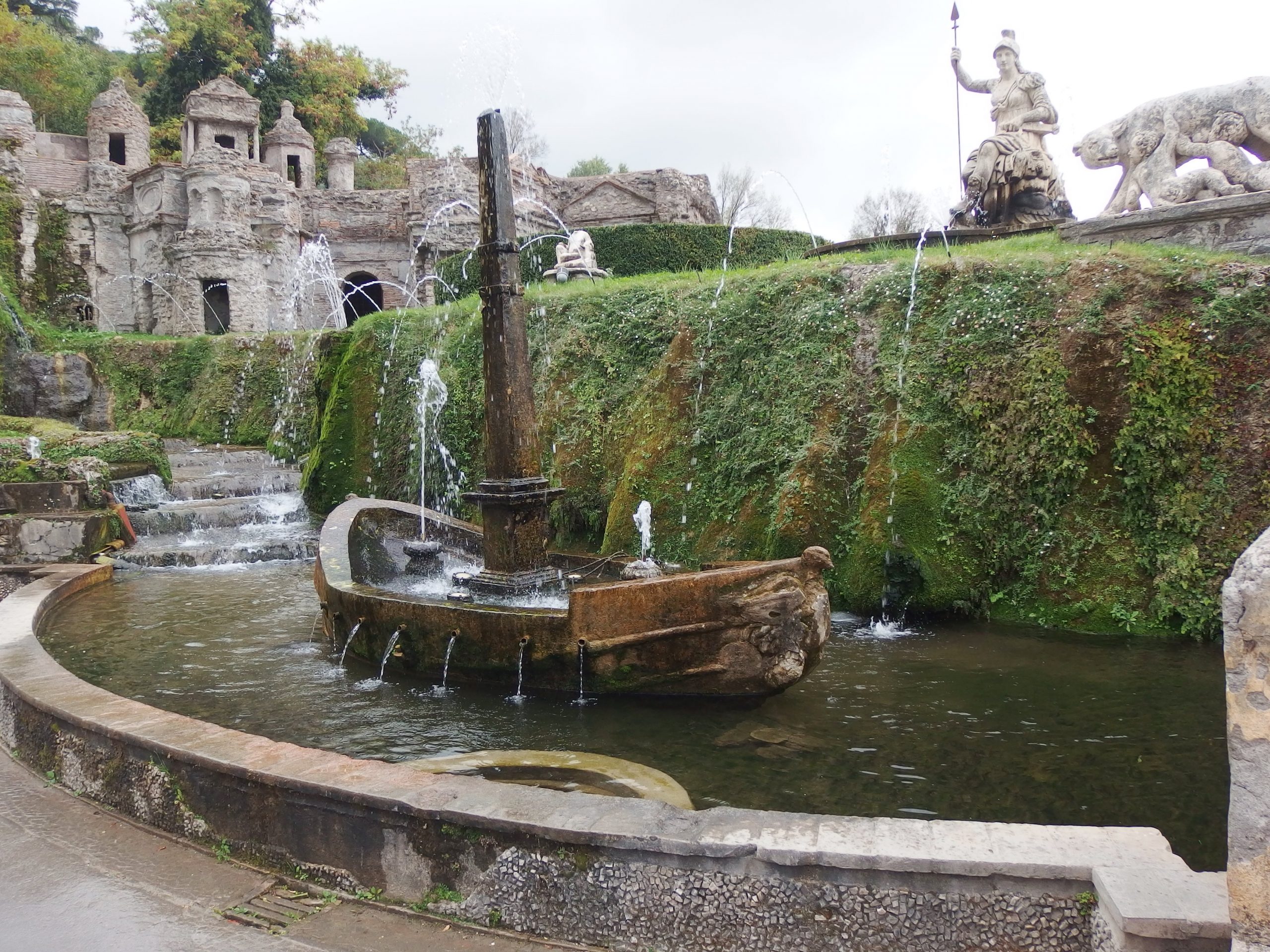 Of course, there are geographical references, too.  On one side of the park that encloses his villa, Hyppolitus d’Este created a gigantic fountain whose crashing waters cooled his many dinner parties.  Its abundant and theatrical flow represented the Anio in Tivoli, which cascades into waterfalls nearby.  On the other side of his garden, a miniature city stands over a placid stream.  The fountain is referred to as Rometta (small Rome).  Its bonsai sculptures represent famous monuments in the Eternal City and the staid waters that flow by it represent the Anio feeding into the Tiber, which then flows through the city.  From nature to culture…

Practical Advice and Lots of Options to Consider

Getting to Tivoli and the Villa d’Este by train: There are advantages!  It is a low-cost option, and the ride lasts about a half-hour, an hour, or an hour-and-a-half (depending on the train one takes).  The disadvantage is that the town of Tivoli (where Villa d’Este is located) is not well-connected to Hadrian’s Villa, making it a time-consuming or somewhat expensive side-trip within a side-trip.

Getting to Tivoli with a hired driver: This is a more expensive option, although it allows travelers to visit both the Villa d’Este and Hadrian’s Villa with ease.

In and around Tivoli: the town’s historic district is beautiful and boasts an ancient temple dedicated to Vesta, as well as other modest (but extremely significant) ruins, like the Tomb of Vestal Virgin Cossinia, which is not far from the train station.